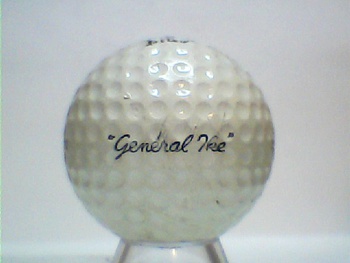 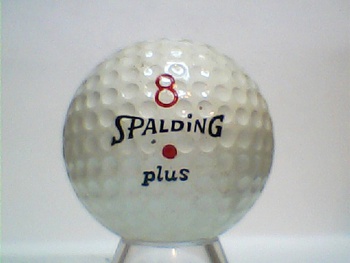 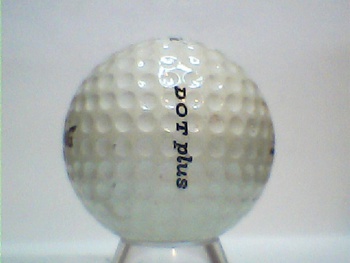 The Real “General Ike” Golf Ball
It is well known that President Eisenhower was an avid golfer, so much so, that he had a practice green installed at the White House and was a member of Augusta National. He received golf balls with many different monikers imprinted on them such as “Mr. President,” “D. D. Eisenhower,” and “Ike Eisenhower,” but according to the Eisenhower National Historic Site, his favorite was the Spalding Dot with “General Ike” inscribed on them. General Dwight D. Eisenhower defended freedom for people around the world and as President served with respect and with honor.
I have posted photos of a few of the replica “General Ike” golf balls in my collection, which are some of my favorite golf balls. At the time of that posting, my assumption was that the genuine version was out of my price range. In the spring of 2013, one sold on Green Jacket Auctions and my bid was far short of the hammer price. Now, I am happy to say, recently I was able to acquire a 1961 Spalding Dot Plus “General Ike” golf ball.
With around 600 golf balls in my collection, the “General Ike” is the jewel in the crown of my very best.