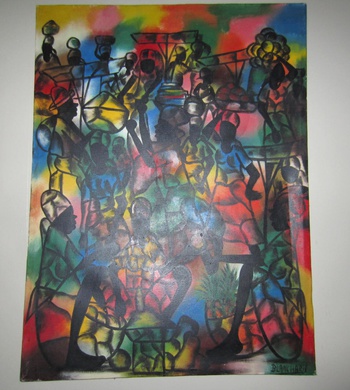 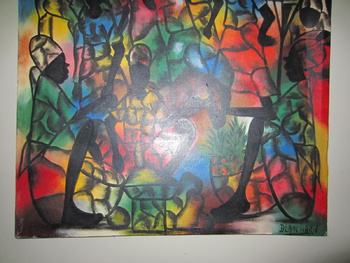 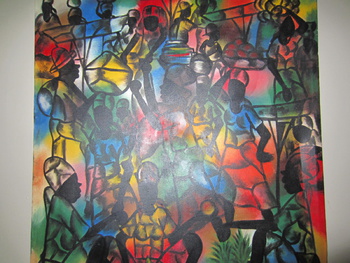 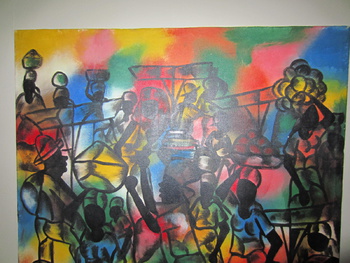 Sisson Blanchard Haitian artist ,oil on canvas . very large size 40" x 30" Sisson Blanchard was born in 1929 in Trouin, a small village in the mountains of southern Haiti. He came to Port-au-Prince as a young man and worked as a yardboy for Joel and Ethel Kenter, who owned the Hotel Mon Reve on the Champs de Mars. The Kenters were friends of DeWitt Peters. In 1948, Joel Kenter gave painting materials to Sisson who soon began selling his work to the Centre d'Art, encouraged by DeWitt and by Jason Seley, an American sculptor who taught at the Centre. Blanchard later moved on to the Galerie Issa. His paintings can be seen in Marie Jose Nadal's book Haitian Arts and The Art of Haiti by Eleanor Ingalis Christensen. Sisson Blanchard died in the early 1980s. Would love some help in naming this piece of art. Women and Mangoes ?