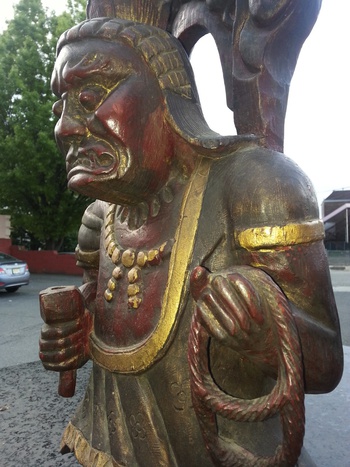 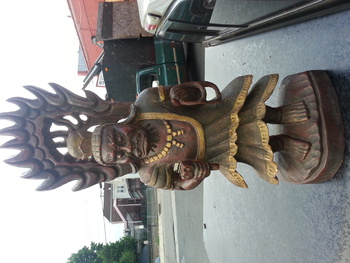 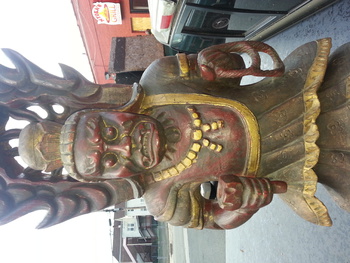 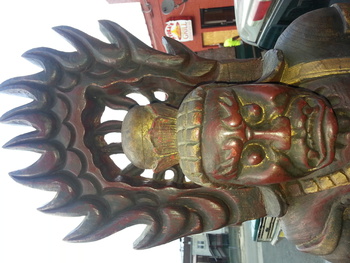 Fudo is a Japanese terms used in Buddhism especially in Zen and Esoteric Buddhism ( Mikkoyo) to Fudo Moyo-o, a Japanese deity also know as (also known as Acala) God of Fire a manifestation of central sun (Viarocana), a firest God of Indian origin although neither Buddha or Bodhisatta.
He usually displayed with a terrible facial expression sitting or standing on a rock surrounded by fire, gripping a sword in the right hand and a rope in the left, teeth barred with angry eyes.
He is an important ancient Japanese deity ( considered the guardian of Buddhism ), revered by all Buddhist by
Shingon sect of Esoteric Buddhism (Mikkyo), the branch that practice of many Japanese Samurai during the feudal times whose fierce face and inner calmness and strength were attributes highly prized. 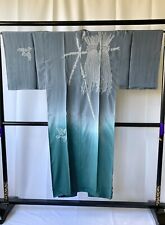