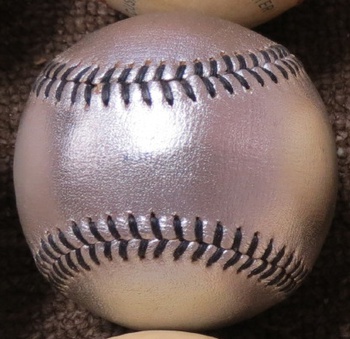 This is a silver baseball that was purchased along with the other baseballs from my previous post. It has no Rawlings logo, or MLB logo or markings on it but it has a faint "Haiti" stamp, which is where the Rawlings Official MLBs were produced in the 1970s and '80s. That time period also matches the other baseballs in the lot. Other than that I don't know what this is. Anyone have any idea? Some sort of silver anniversary?