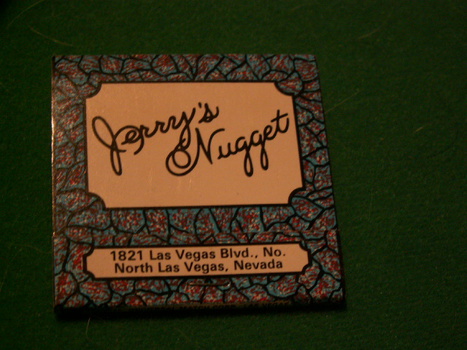 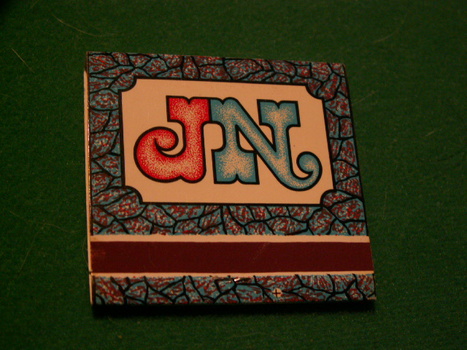 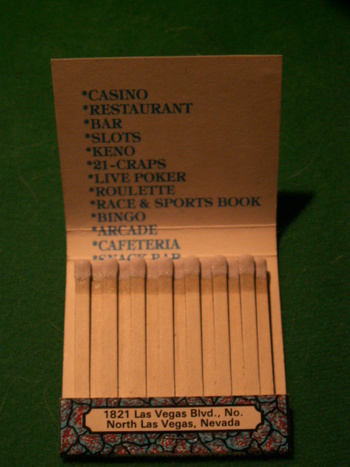 As a young teen growing up in Las Vegas, Nevada, the Strip or Downtown never did much for me. But Jerry's Nugget, Silver Nugget, Poker Palace (considered "Local Casinos" back in the day) have always been iconic to me. Anyhow, below are some F.Y.I.'s & interesting reads about the place this book of matches represents.

Jerry's Nugget was founded in 1964 by Jerry Lodge and Jerry Stamis and was originally the site of the Town House Bar. In 1968, both Lodge and Stamis bought the Bonanza Club, located across the street from Jerry's Nugget. The acquisition meant moving the casino to its new location and 10,000 square feet (930 m2) of added space. Today, Jerry's Nugget expands over 95,000 square feet (8,800 m2) and features a race and sports book, keno lounge, table games area and slot floor. In 2008, the Nevada Gaming Control Board reinstated the gaming license for executive owner, Angelo Stamis. He was the first person approved by the board to have a gaming license restored. Lender U.S. Bank filed a lawsuit in March 2012 asking for a receiver to be installed after Jerry's Nugget defaulted on payments on a $3.6 million loan. After months of talks failed to produce an agreement, the casino filed for Chapter 11 bankruptcy protection in August. Jerry's Nugget Casino reemerged from Chapter 11 Bankruptcy protection in March of 2014. Third generation operators, Jeremy and Joseph Stamis acquired the company and continue to operate it. The company celebrated its 50th Anniversary in 2014.