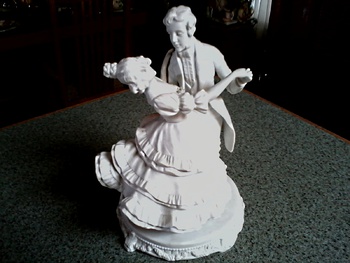 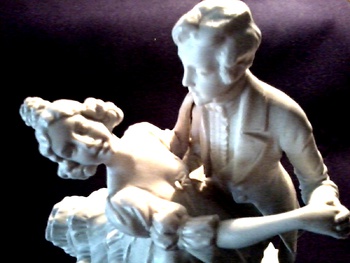 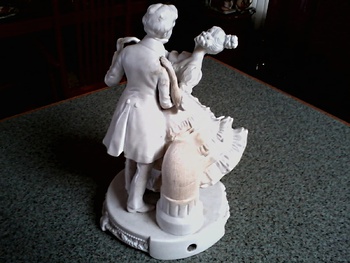 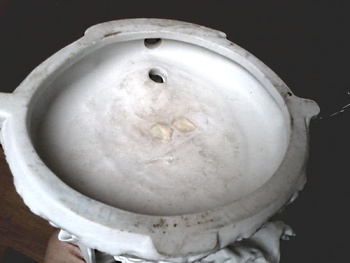 This has been on the display wall at Volunteers of America for about 2 weeks. It finally hit 75% off status today so five bucks. I'm not too sure what to make of it. An elegant couple in turn of the century Viennese dress waltzing the night away. It's 11" tall and made of heavy white bisque porcelain. I think it's most likely German. There aren't many things like it online I only found one figurine but it wasn't on a base like this. There are two parallel holes in the bottom which leads me to believe it had a light of some kind. There's an odd dome shaped piece in the back that's looks brown from heat exposure along with her arm. I don't know what kind of bulb would fit in that tiny hole in the bottom. Maybe it was a night light or a lamp base. Curious. -Mike-