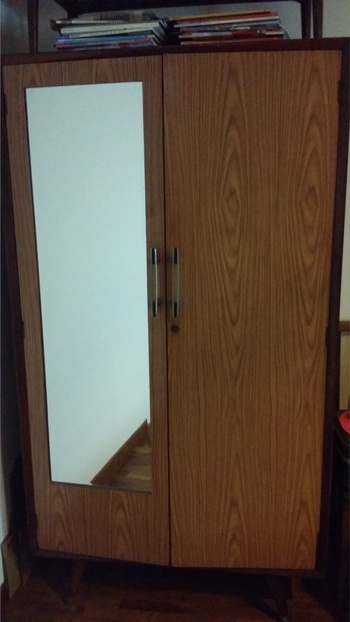 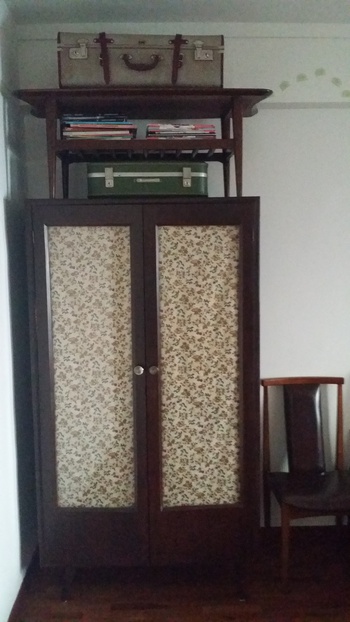 I bought this 1960s wardrobe with mirror on one door and formica on the other in 2010. This type of wardrobes were very common in the old days and were often discarded on the kerb when people moved. Now they are making a comeback with the younger generation. It has short pencil legs. I particularly like the mirror so you could give yourself a quick once-over before you leave the house. Wardrobes in those days are really small, one side is a hanging rod and the other side has shelves for folded clothes and a drawer for valuables as it comes with a lock and key.

As you can see, I am running out of space so a spare vintage coffee table is stacked on top of the wardrobe as are the suitcases!

A few months back, my friend sold her rental flat and asked if I would like some of the vintage pieces in the flat. I put my hand up for the 2 door wardrobe (glass front but covered with fabric so I can either remove or swap out with other paper/fabric to change the look but I have just been too lazy). It's the same size as my wardrobe but as I said, I was running (or rather had run) out of space, I had to stick to the one-out-one-in rule. I posted my original one online and sold it to a Kiwi guy living in Singapore and then moved the other vintage piece in. It's made of a better wood, not sure if it's teak maybe not and has similar legs. It doesn't have a mirror but as I've recently had several mirror doors built into some renovations I've had done, that was fine! 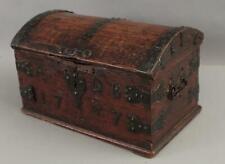