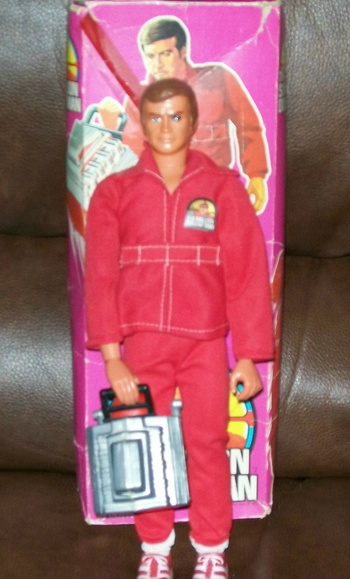 The Six Million Dollar Man is an American television series about a former astronaut with bionic implants working for a fictional government office known as OSI.[n 1] The series is based on the Martin Caidin novel Cyborg, which was the series's proposed title during pre-production.[2] Following three television movies aired in 1973, The Six Million Dollar Man aired on the ABC network as a regular series for five seasons from 1974 to 1978. The title role of Steve Austin was played by Lee Majors, who subsequently became a pop culture icon of the 1970s. A spin-off series, The Bionic Woman, ran from 1976 to 1978 (and, in turn, was the subject of a remake in 2007). Several television movies featuring both eponymous characters were also produced between 1987 and 1994.