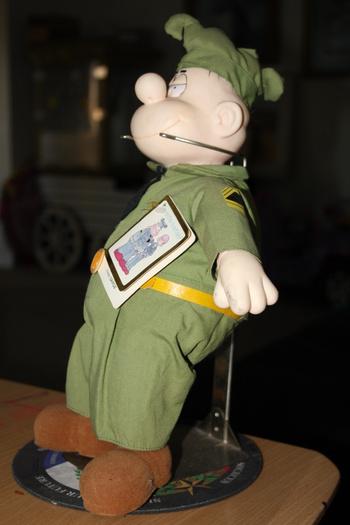 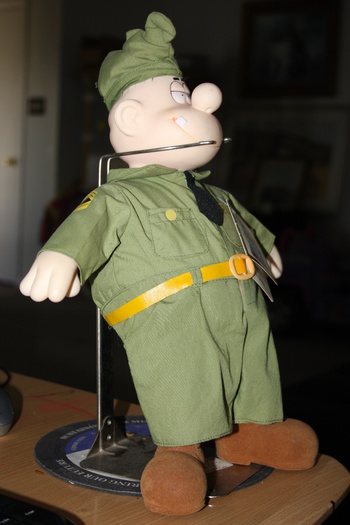 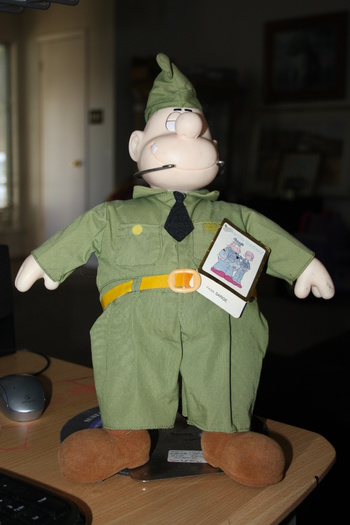 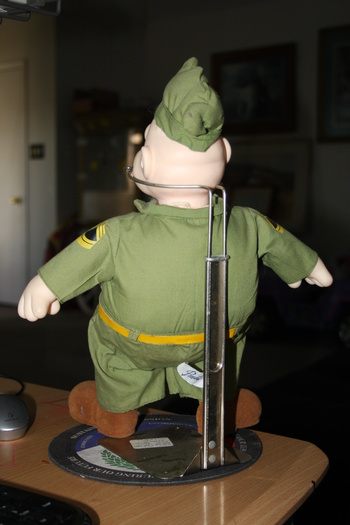 Not my words, but my favorite Cartoon & Comic. and a bit like me. Bigsarge USARMY RET.

Sergeant 1st Class Orville P. Snorkel—Beetle's platoon sergeant and nemesis; introduced in 1951. Sarge is known to frequently beat up Beetle for any excuse he can think of, leaving Beetle a shapeless pulp (one of the most iconic images in the strip). Once, in the February 2, 1971 strip, he even shoved Beetle through a knothole in the floorboard. Sarge is too lovable to be a villain, however. Obese, snaggle-toothed and volatile, Sarge can be alternately short-tempered and sentimental. He and Beetle seem to have a mutual love/hate relationship; much of the time there's an implied truce between them. They share an uneasy alliance that sometimes borders on genuine (albeit unequal) friendship. In some early strips Sarge was married, but he was later retconned into an unmarried Army lifer, who knows next to nothing about civilian life. Despite his grouchiness and bossiness, Sarge does have a soft side, which he usually keeps concealed. He is from Pork Corners, Kansas.