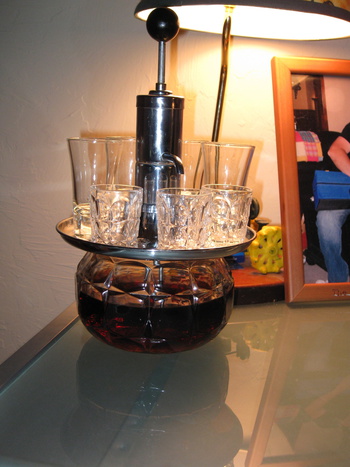 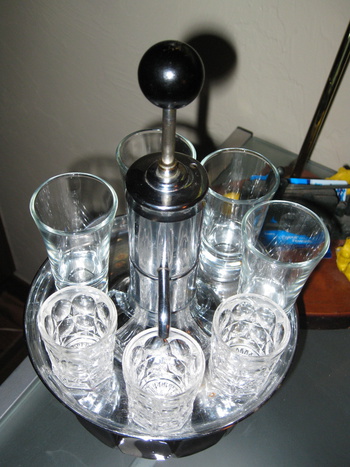 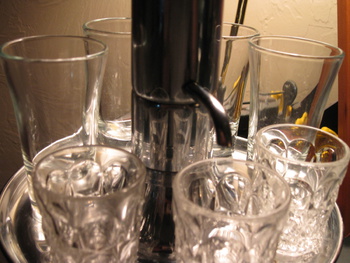 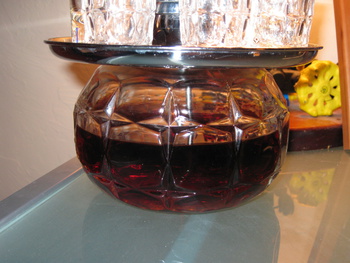 I bought this from an antic store a few days ago. They did not know much about it, but they did say it was from the 18th Century. It came with the three 1 ounce shot glasses that match the cut of the base. There are no markings of any kind on it. I would like to know if anyone can confirm the time period or if anyone has even seen one before. It did not work when I bought it because the leather pump seal was damaged from age. I replaced it with a custom cut rubber seal replacement and it works great. One pump equals one 1 ounce shot.