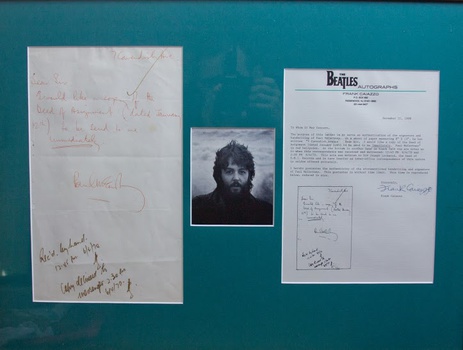 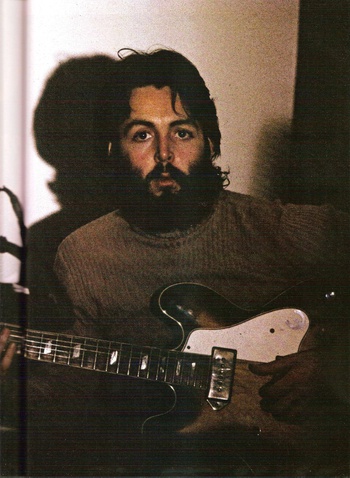 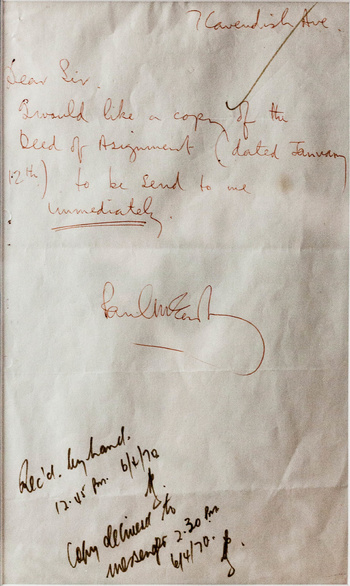 Handwritten letter from Paul McCartney to Sir Joseph Lockwood. He was the head of EMI. The letter is dated April 6, 1970. He's asking for a copy of the "Deed of Assignment" dated Jan.12th, to be sent to him"immediately!" He is asking about Beatles royalties. This was sent from his home on Cavendish Ave. in London.John Lennon had quit The Beatles on September 20, 1969 announcing his decision to leave the band at a meeting in London.
This was kept quite because they had just signed a huge royalty increase with Capitol Records This letter was 4 days before Paul told the world that The Beatles were basically finished by a press release announcing his solo album on April 10, 1970. Paul McCartney signatures from this period are rare. This is an inter-office memo, and these rarely enter the market.