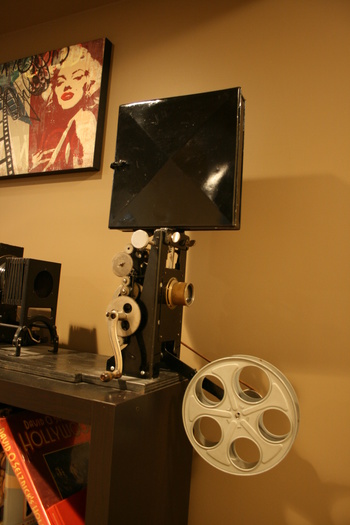 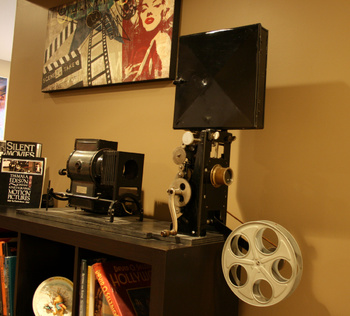 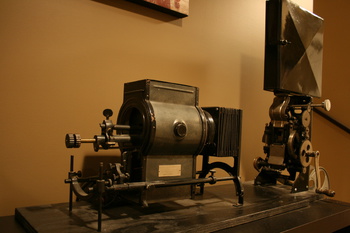 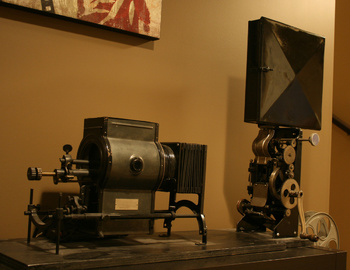 I use to be a manager of a movie theater when I was younger but moved on to bigger and better things. I still maintained a friendship with the owners of the theater long after my employment. One day I found out the theater was being sold, and as such, the owners of the theater were getting rid of numerous items. They told me to have a look around and anything I had an interest in to let them know. Well I found this beauty stuffed into a washroom that was being used for storage. I had full intentions on creating a theater room, and what a great centerpiece for my collection. The kinetescope was initally on a cheap piece of board with laminate press on it. Upon getting it home, I immediately took the kinetescope and lamp house off of the board, stripped the laminate off of the board and started to clean up the projector and lamp house. I didn't want to use anything overly abbrasive that would ruin the projector, so, for the most part, I used soap and hot water to clean the dusty area's of the projector. For the parts that were a little harder to get that would have been more prone to rusting, I used a very small amount of rubbing alcohol with a q-tip.

Along with this projector, I was given a TON of theater related books dating back to the 40's.

This piece is not for sale so please don't ask (not to be rude, but I just love it so much). But I could use the help of the experts in this forum to help me to determine a value of this piece as to determine if I need any additional insurance on it.

The Projecting portion, I believe to be an 1898 Edison Hand Crank Projecting Kinetascope in what appears to be a fully functional set up. The leather style cord that is used to 'turn' the reels appears to have been previously broken, however, has been fixed.

Anyone whom has any insite on this item, I would greatly appreciate it.

Thanks everyone for looking and hope you enjoy! 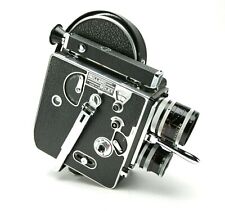 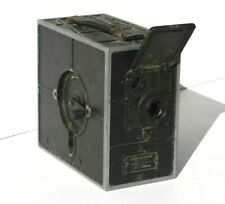 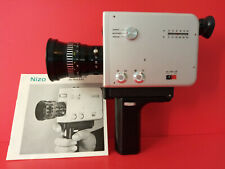