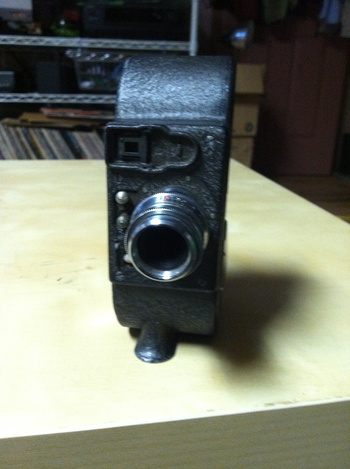 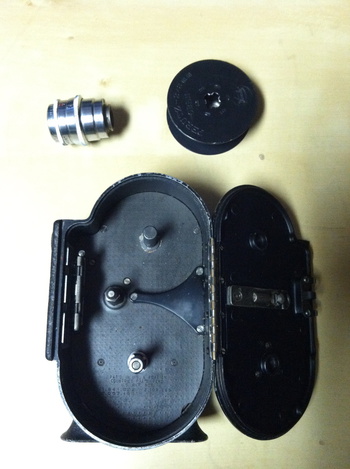 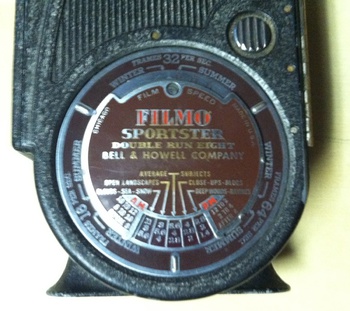 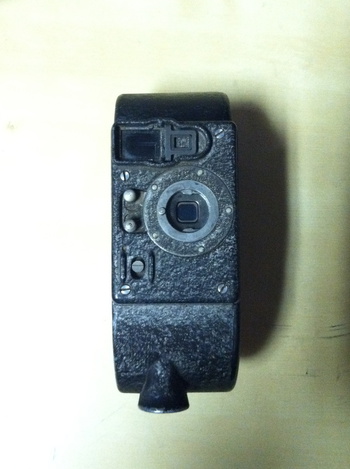 This windup camera shoots dual run 8mm, which is the same-sized film stock as 16mm with perforations of 8mm. Only half of the film is exposed at a time, then you would flip the reels and expose the other half. When processed, the film is cut in half and developed.
The included removable lens is a Bell & Howell 0.5" f 1.9
It's a pretty heavy metal design with a stand and tripod thread on the bottom.

The viewfinder in the right-most pic has a frame guide which can be flipped in or out of view. The two knobs right below the viewfinder can be squeezed together to release the lens. Below that is the run switch: up for single frame, down for continuous.

Another interesting piece about this camera is the twisting chart on the left side which tells the user what the best f-stop is given different scenarios: frames per second, film speed, time of day, and subject (clouds/sea/snow, open landscapes, average subjects, close-ups/buildings, deep woods/ravines)