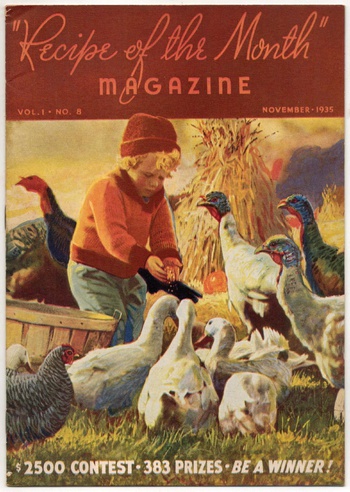 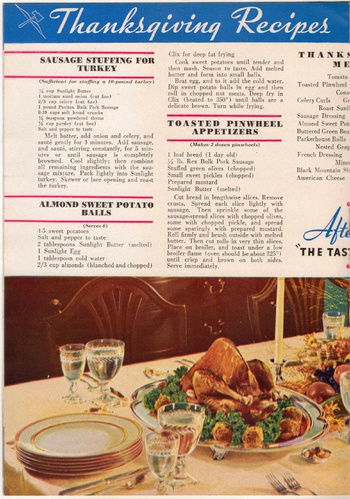 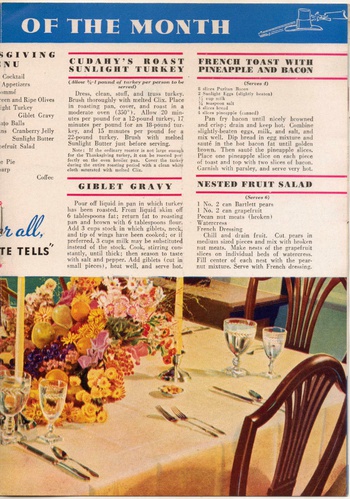 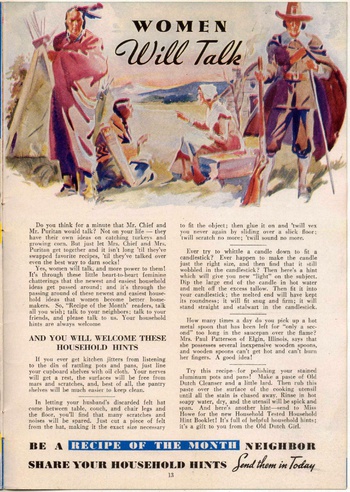 - November 1935 issue of "Recipe of the Month" Magazine / Vol. 1 No. 8
- Published by The Cudahy Packing Company, Chicago, Ill.
- Contains Thanksgiving recipes by Eleanor Howe, Home Economics Dept.
- paperback magazine / 16 pages / illustrated - RECIPE BOOKLET
*** Cudahy Packing Co. was a U.S. meat packing company established in 1887 as the Armour-Cudahy Packing Company and incorporated in Maine in 1915. It was founded by Patrick Cudahy and his brother John Cudahy, Irish immigrants from County Kilkenny whose family came to Milwaukee, Wisconsin to avoid the Great Irish Famine. By 1922 Cudahy Packing Co. was one of the largest packing houses in the U.S. with operations in South Omaha, Kansas City, Sioux City, Wichita, Memphis, East Chicago, Salt Lake City, and Los Angeles, as well as distribution operations in 97 cities.
The original business is no longer in existence, but is evident in Cudahy, Wisconsin (established by Patrick Cudahy as a base for his meatpacking business that still exists
as the Patrick Cudahy division of Smithfield Foods).