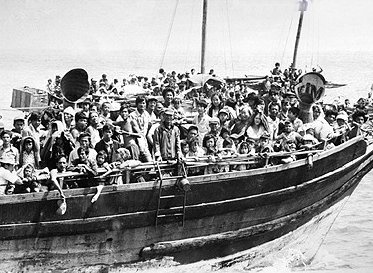 An AP wire photo from September 21, 1979 with the news that the U.N. has asked The Beatles to get together for a concert to raise money to help the "Boat People" refugees trying to escape Vietnam. George Harrison phoned McCartney about the offer...and Lennon sent word that he wanted specific details on the proposal.
Reports at the time stated that Paul...George...and Ringo had agreed to the concert...and that they were waiting to hear from Lennon.
The concert never happened.