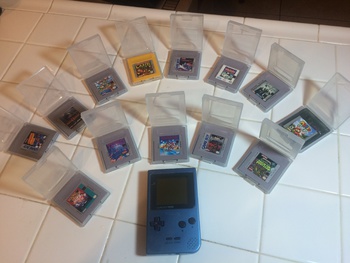 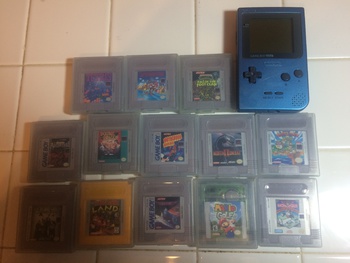 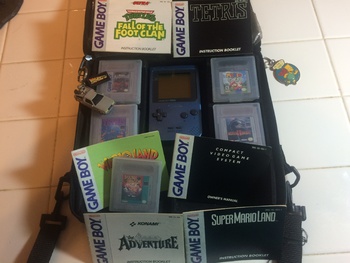 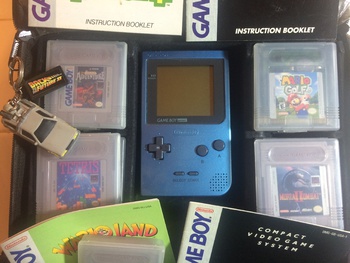 This Show & Tell started off as just a comment in one of Jewel's posts, and it spawned into its own thread.

Yes, this is most certainly a "First World Problem" but it is what it is. Even though we lacked iPhones, pagers, the internet, and the wonders of the Magic Mouse, we were still pretty spoiled as children. It seems every single kid on my block an in my class got an NES around 2nd or 3rd grade. Some holdouts didn't get it until 4th or even 5th grade in 1988.

My Dad was VEHEMENTLY opposed to video games when I was growing up.

In fact, I remember Christmas 1987 and we were at my grandparent's house in Hawaii (my Dad's father). And my Dad made me 100% promise and swear that I would not ask for a NES System for Christmas from my Grandfather, because my dad was 100% certain that he would get it for me. So I had to ask for a Kite Set and Cufflinks. How's that for being born under a bad sign?

My mom started to disagree later on, though, as more and more kids had video game systems and I had only a TI99 4A personal computer (google it).

By 1990, my mom had decided to sneak me a video game system, but it couldn't be the TV monopolizing NES. She opted instead for the GameBoy.

My mom was one of the head coordinators of the school carnival, which was the biggest event of the year for our little Catholic grade school. And there were all kinds of raffles and giveaways going on all the time. My mom went and got an original GameBoy system at FedCo and brought it to the carnival and then announced over the loudspeaker that I had won a surprise raffle. My dad wasn't thrilled, but he couldn't argue with it or take it away, so it was all mine!

I still have the original Gameboy, all games, instruction manuals, and case. In fact, since I rediscovered it recently in the garage, I have been taking it to the poker table in Vegas and playing it at the table (though I do not carry the original GameBoy due to massive battery use, I take a GameBoy Pocket instead that I picked up a few years later and only requires 2 AAA batteries).

The pictures show the GameBoy pocket, which I got several years later (it came out in 1996), as it is what I currently play today. My original GameBoy is in my closet somewhere. It required 4 AA batteries and it DRAINED them. The pocket is actually my favorite incarnation of the GameBoy as it only takes 2 AAA batteries, and it plays for upwards of 10 hours.

I do have a GameBoy Color somewhere that I picked up on eBay, but I really don't like it. Not nostalgic enough and honestly, just not that great.

I cherish my original GameBoy collection, as shown above with its original case that my mom got me, replete with Back to the Future Part II Delorean keychain and a Bart Simpson keychain on the other. Both keychains date to 1989. I got this system in May of 1990. I was 12 years old (birthday is December).

Now, I am showing my son that likes to play mine craft on his iMac and Angry Birds on his iPad how a REAL handheld game is played. Yes, he has a Nintendo 3DS but yet he spent three hours the other day playing Super Mario World on my GameBoy pocket. It was a heartfelt moment.

Merry Christmas to All and to All a Good Night.