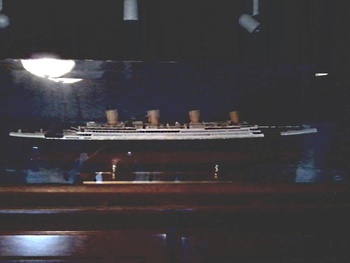 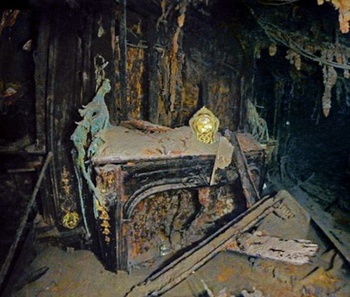 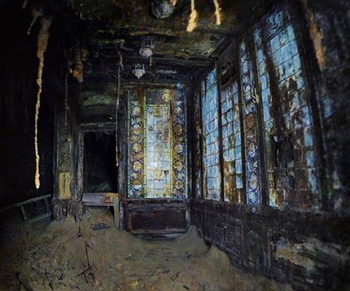 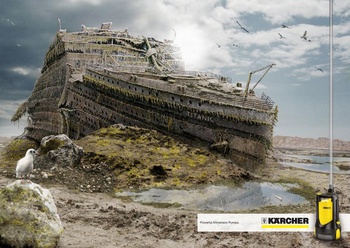 In keeping with yesterday's purchase of the "Rose" doll, I ran across this picture of my "Titanic" model which I built around 1986. It was about a year or so after Ballard discovered the wreck. My sister even sent me the New York Times article from that year. I picked it up at an outlet mall in Myrtle Beach. It's almost 36" long and I still have it in a make shift case I built out of acrylic sheet and scrap wood. I mangled a smaller model to imitate the ocean bottom wreck, but you can't see it in the dark picture. It's survived well after all these years and many moves. The interior shots of the first class suite and the Turkish bath from a submersible dive a few years ago are amazing in their preservation. Sadly the wreck is doomed to collapse and deteriorate into the ocean floor, so I'm all for these official visits before it's too late. I love the Karcher "drain the ocean" immersion pump ad in pic 4 which shows how the ship rests on the ocean floor. The 103rd anniversary is just around the corner April 15th. -Mike-