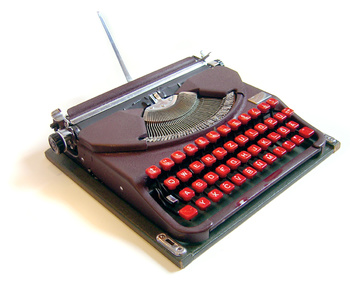 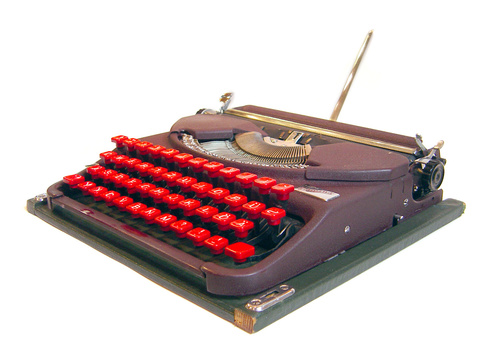 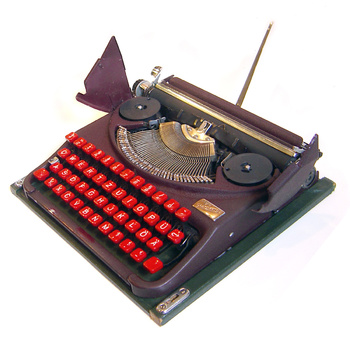 This is a Groma Gromina from the early 1950s, made in East Germany. The goal of this design was to create an ultraflat typewriter, and the engineers succeeded. Only the Rooy, from France, rivals the Gromina in slimness. The typewriter is meant to be mounted permanently on its base, which fits neatly into a case. The odd design features gullwing ribbon covers and garish square keys. The typebars make an arc of almost 180º and have a geared linkage similar to that used in some Remington portables of the 1920s and '30s.

Around 1953 the body of the Gromina was redesigned to look more sleek, and the hardware was changed. Then the company introduced the Kolibri, which looks similar to the later Gromina but is actually taller and uses a very different mechanical system. The ultimate evolution of the Groma "laptops" was the Kolibri Luxus (around 1960), with refinements such as bicolor ribbon and touch control. Maybe this story represents the corruption of the egalitarian, anti-luxury ideology of the German Democratic Republic!