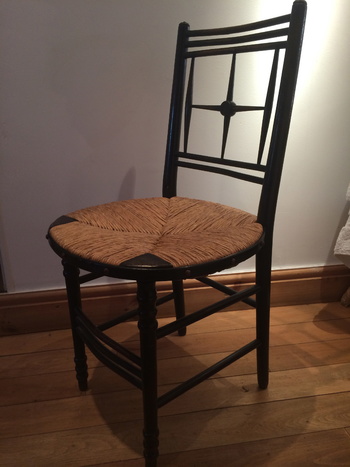 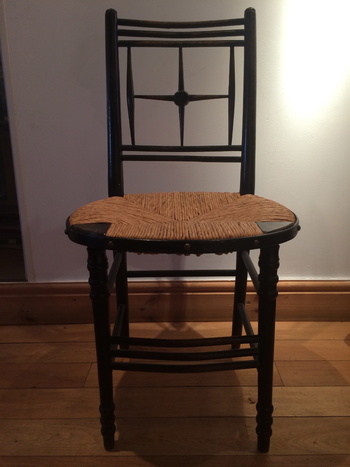 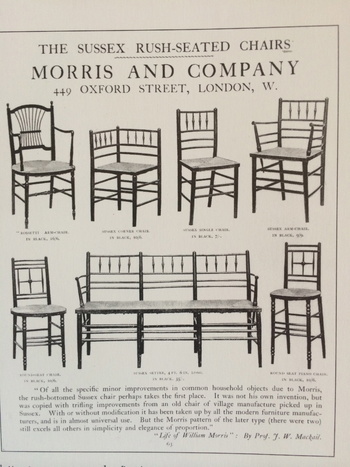 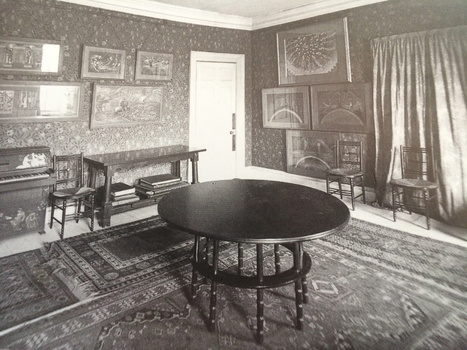 Bought from a friend of mine some 25 years ago - required re-rushing and a bit of a polish - that's it! A chair produced by William Morris , Faulkner & Co from 1865 (probably in their thousands). The design is attributed to Ford Maddox Brown, English Pre-Raphaelite artist and once tutor to Dante Gabriel Rossetti.

Edward Burne-Jones bought a number of these chairs to furnish his home in Kensington, London and at The Grange in Fulham.

Described as 'a bedroom chair and recommended for its cheapness and servicebility' (Decoration & Furniture of Townhouses, 1881, p.29, Edis). It was available for 10s. 6d according to the Morris & Co catalogue in 1910.
Images 3 is the Morris & Company catalogue and 4 , Edward Burne-Jones' Sitting room at the Grange.

It's a bit of a clothes horse in our house, so it's nice to be reminded of what a pretty thing it is, without jeans, coats and smalls piled on top of it