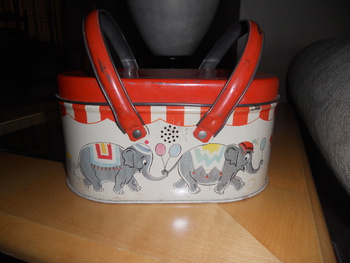 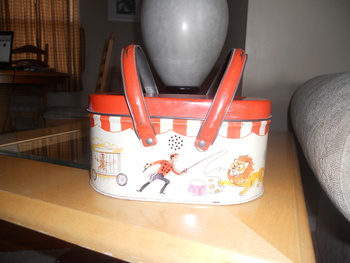 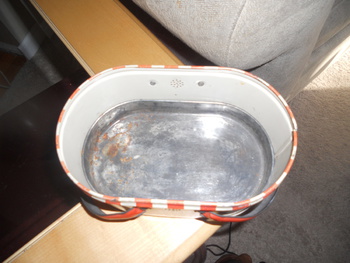 This was my moms lunch box when she was in school, that would have been in the early 40's. I have been trying to find out something about it and have looked on several sites for vintage lunch boxes but never found anything. Anyone out there that might know something about it? I posted pictures of both sides as well as the inside (thought the bottom was kinda different) I did find something similar but with no vent holes and it had a sports theme and it had a removable tray. Anyone know why the tray is removable? It seems to be in good condition.

The lunch box I was talking about above, (that I found was similar,) it was dated in the possible 20's but most likely early 30's. (On Etsy)
Was this the early cartoon of Dumbo?
Also my husband and I noticed the trainer guy (on the lunch box) has a whip in one hand and a gun in the other!!! We would never see that now days..