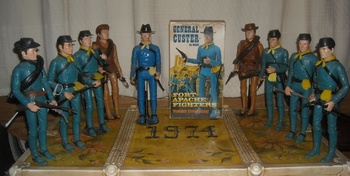 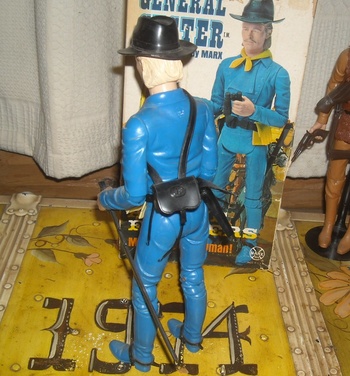 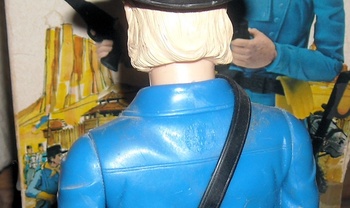 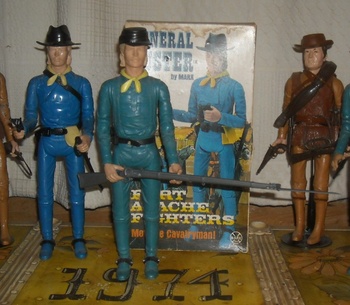 This figure was first introduced in 1968 and stayed in the lineup until the end of the company around 1977. The head sculpt was based on Wayne Maunder. The TV series was short lived but the figure is one of the most common of the toy series. This figure has a unique body with a flap shirt and royal blue in color.
In the third photo hopefully the date stamp can be seen. It is 1968 in Roman numerals. The date stamps don't actually mean that is when the figure was made but generally when the figure was introduced or when it was introduced in a new version. The date stamps are not an exact science but it does give one a clue.
In the last photo is a figure with a Custer head with a Maddox body. With the Marx figures it is easy to switch the heads and bodies to make custom figures.
Also the figure has a civil war musket with bayonet which is a CXR set of recent manufacture.