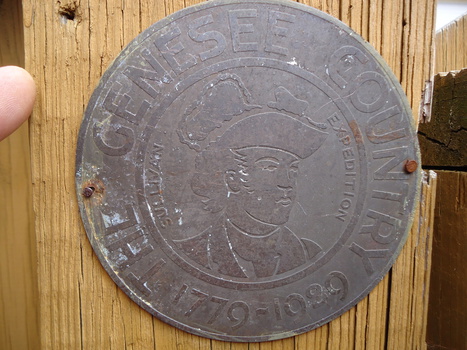 This is a one hundred and fifty year anniversary ,trail marker,from the Sullivan Expedition that President Washington sent up western New York,the same Expedition that brought Boyd and parker, into what is now"cuylerville " and who were then taken and killed by indians.and for the naming of such towns such as Horseheads ,Binghamton ,and others along the trail. It was found in the Keshequa creek in Groveland New York.