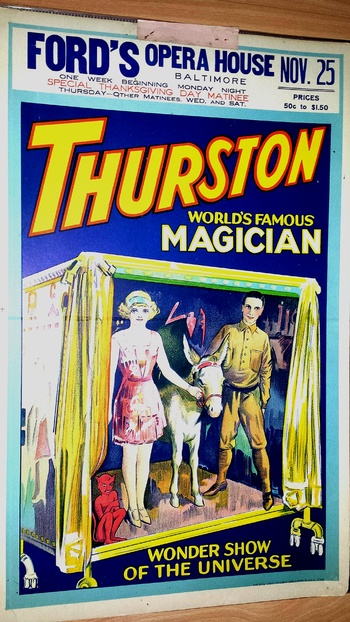 This is an original Thurston stone lithograph window card from my private collection of Magic posters. This window card advertises Thurston's show at Ford's Theatre in Baltimore ca. 1925

This is an extremely scarce window card and one that is highly sought after and collected!

Howard Thurston was America's most popular magician from approximately 1908 until his death in 1936. His lithographs were primarily produced by two companies, first Strobridge of Cincinnati and later Otis of Cleveland.