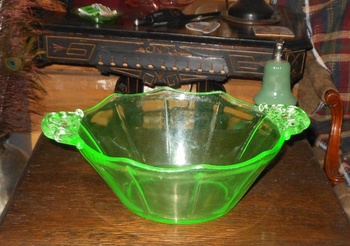 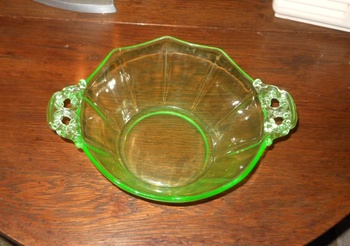 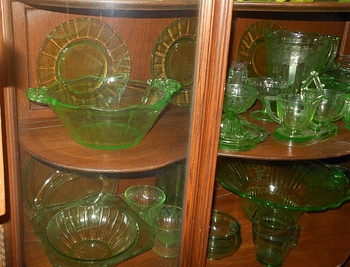 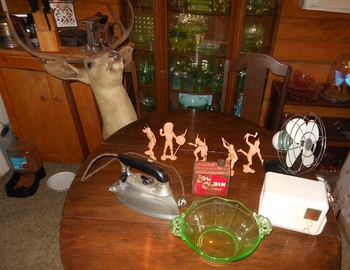 From the Rose Bowl Flea Market. At first I was not quite getting into it but ended up with a pretty good haul. It was about 100 degrees so the crowd was light and sellers were eager to sell. Anyway on to the bowl.
It is Cambridge 3400 which is referred to as a blank. Normally these were etched but this one is not. These were made from the 1930s-1950s. This one has the triangle makers mark with a C in the center which means it was made no later than 1954. This is Elegant Glass which is like depression glass but higher quality and partially hand made.
The bowl is 8" across and 3" tall.