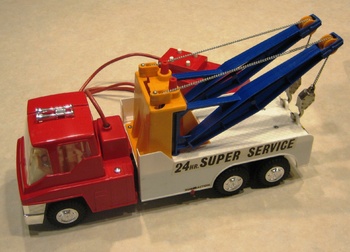 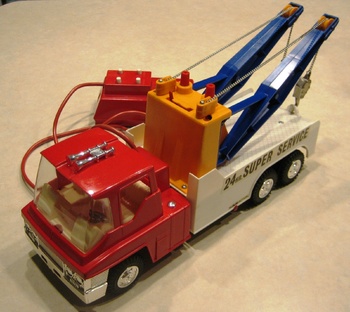 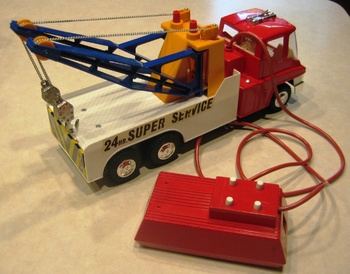 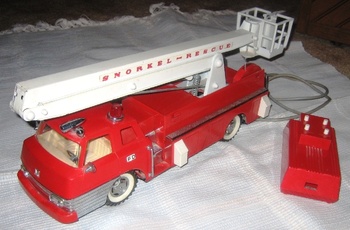 I recently acquired this near-mint condition Super Service Wrecker, and I'm wondering if anyone can help me 'identify' this toy. It seems very similar to the Battery-Operated Fire Boom Truck sold exclusively by Sears in the 1960s (4th picture).

It's in super condition and has hardly been played with, and I believe I know the reason why. I think it was incorrectly wired at the factory because it's in an unblemished condition and the front steering doesn't work. Now, that wouldn't be that big of a surprise except... the RIGHT TURN button actually causes the toy to move FORWARD, which it obviously isn't supposed to do. I removed the cab and there has been no new soldering done, so I think the reason it remains in such good condition is because it didn't work properly right from the start, and thus wasn't very appealing to the child who received it as a toy.

If anyone can assist me, or even better, OWNED this toy as a child, please contact me - I would LOVE to chat with you about it. It's a great toy in magnificent condition. 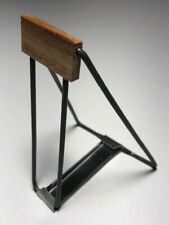 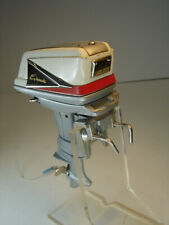 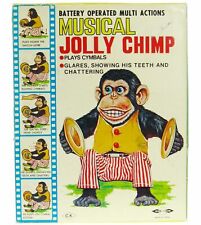 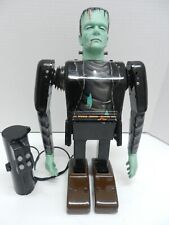