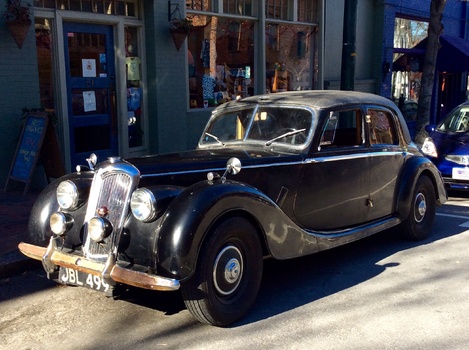 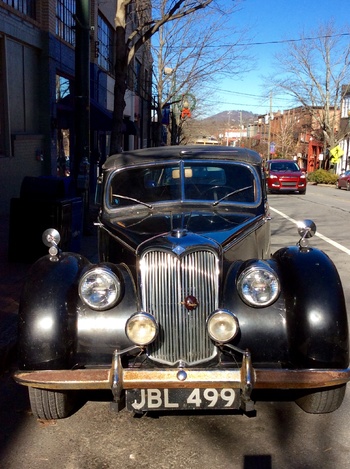 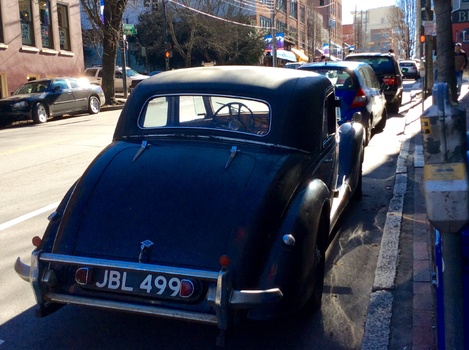 While in Western North Carolina this past week, I discovered this classic old car parked in front of mine and had to check it out. I had never seen anything like it. British made, the owner said around 1953. Only indication of maker is a small insignia on front hood which reads "Riley." Google will give you lots of info on the history of the Riley car (several different models). Don't think it has been totally restored, but the current owner is probably having a lot if fun driving it around just as is. I know I would. :-)