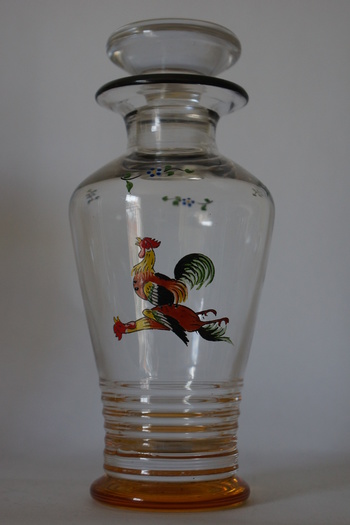 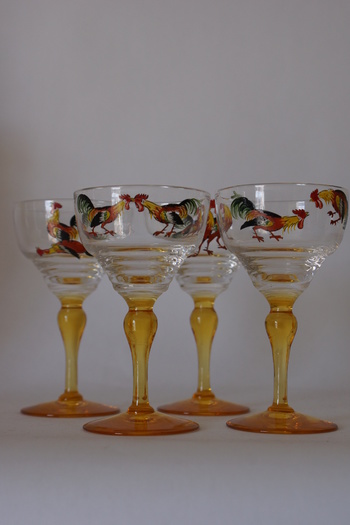 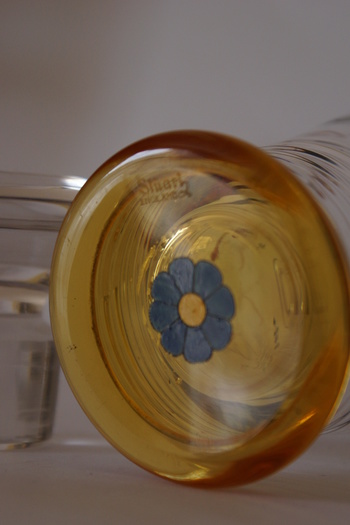 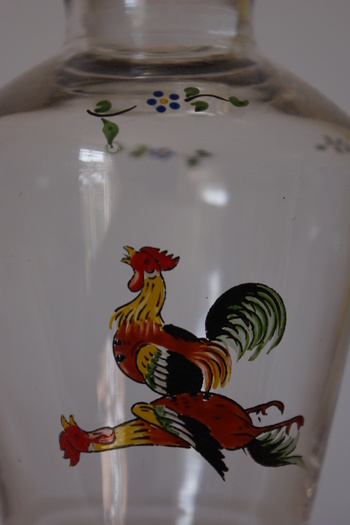 This is a Stuart Crystal cocktail set with enamelled fighting cocks and flowers. All pieces are marked underneath Stuart England, as can be seen on the third picture. The pattern with the rings is called Stratford and was designed by Ludwig Kng. He may also have designed the fighting cocks too. This will be from the 1930s I expect, but may be earlier.

I see plenty of glasses with fighting cocks from this era, but not any where one of the cocks actually dies.

The Stuart Crystal enamelled glass of this period was done with a transfer outline with was then hand painted over with the enamel. As this is described as enamel in all the books, this means it is not cold painted , but would have been reheated to fuse the enamel to the surface of the glass.

Whilst the subject matter here is quite morbid, cockfighting was banned in England and Wales in 1835 and in Scotland 1895, way before these glasses were made. 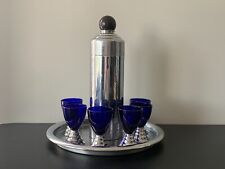 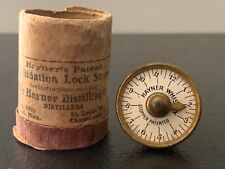 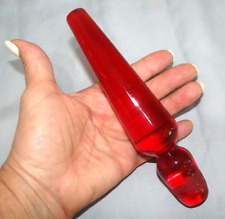 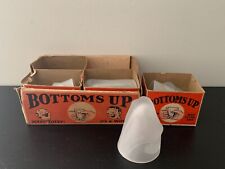