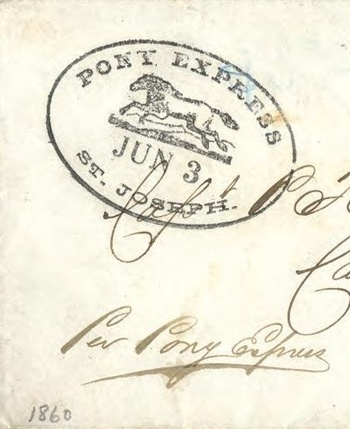 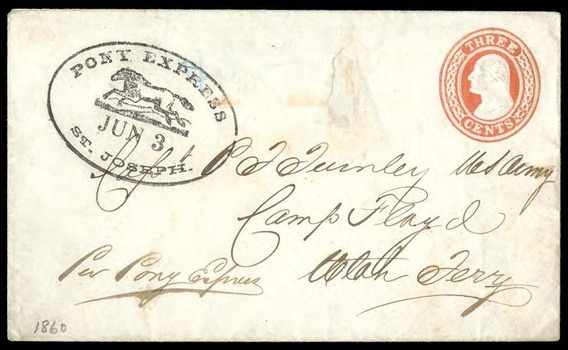 Pony Express, St. Joseph, Jun 3 (1860), 3c Red entire (#U9) to Camp Floyd, Utah Territory, endorsed “Per Pony Express” and with light blue pencil “$5.00” express rate, cover with small repaired hole, extremely fine strike; a lovely westbound usage from the first period, of which only twelve examples are recorded, scarcer use to an intermediate point on the route; illustrated in A Postal History According to “Official Army Records” captain Parmenas T. Turnley, to whom this cover is addressed, was in the Army from 1842 to 1863 and served in the Mexican War. He was Chief Quartermaster of the forces operating in Utah Territory from 1858 to 1860 and was then on leave from 1860 to 1861.

US Stamp Covers
See all