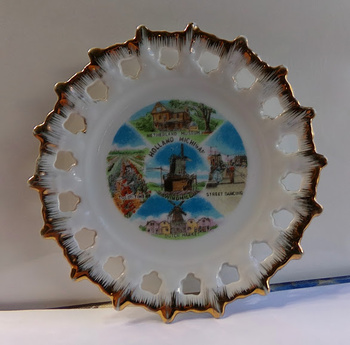 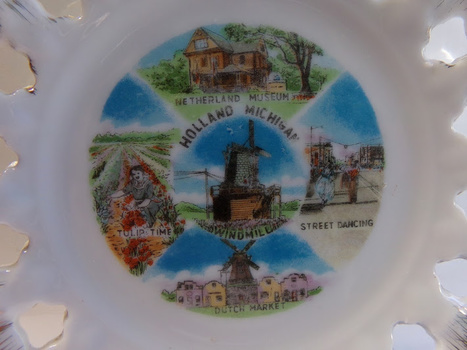 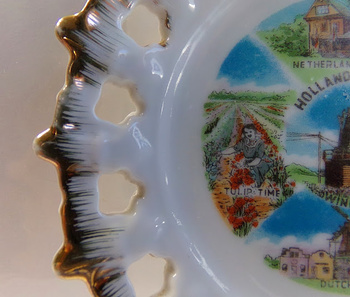 If ever you decide to go to West Michigan and don't wanna visit my town, then come to Holland during their tulip festival.

Tulip Time occurs from May 7th to 14th this year where they will show off their 4.5 million tulips they have been planting since 1929.

They also have a Dutch Village and small permanent amusement park for people of all ages, dancing, much Dutch culture, a museum, historic downtown, and lots of food. Oh, they have a major obsession with windmills.

This plate was marked at 49 cents in a local Thrift Store. They were having a 50% off sale store-wide, so.... It came home with me. It appears to have some hand-staining done albeit is mostly transferware, but I don't think it's before the 1950s.