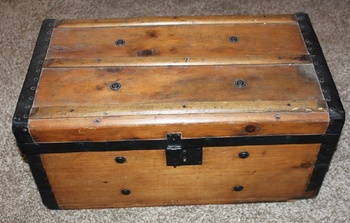 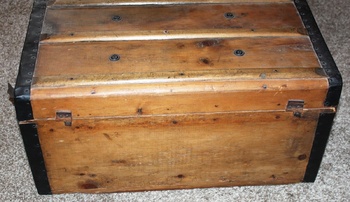 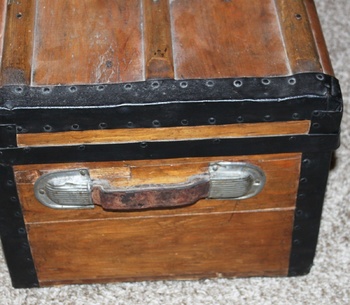 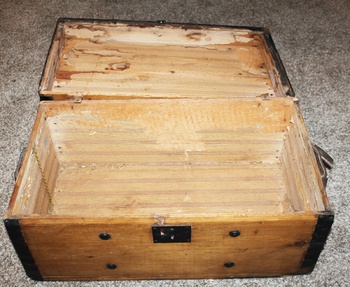 Possible Civil War era flat top chest/box/foot locker? Person I got it from said it had a card that read "circa 1865", but that has gone missing. It measures 24"Lx12"Hx13.5"W. The hinges appear to have been replaced with simple spit-leather. What kind of hinges would have originally been on something like this? It looks as though the original hinge could have been leather because there are some small, irregularly spaced, nail holes on the back near where the current hinges are located. Would it have been one long piece or several squares of leather? The handles are stiff leather that is separating and appears old but probably not original?? The lining appears old, but I could not say if it is original. Anyone recognize this style lock? would love to find a key- not sure if it even works. Would this box originally been covered in paper/canvas on the outside like most or would it have been wood like it sits? Any input is appreciated- probably leave it the way it is but maybe rework the hinge area if anything. Thanks guys- I enjoy your site.