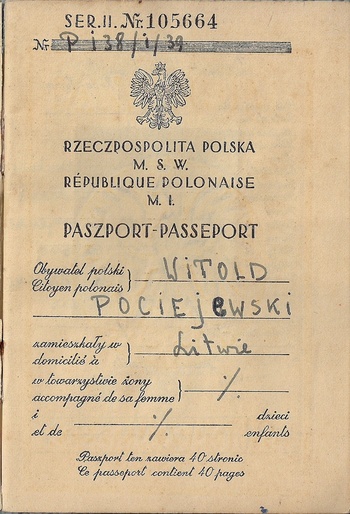 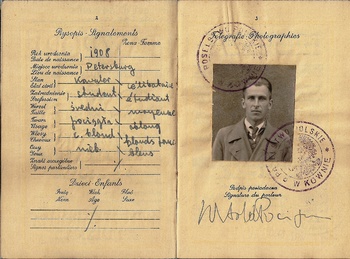 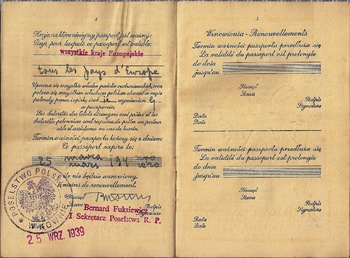 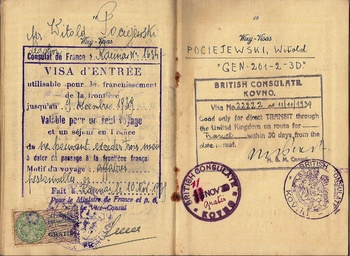 One of the last Polish passports to be issued in Kovno, Lithuania in late 1939. On October 14th the Polish diplomatic staff left Lithuania following the "understandings" between Moscow and Kaunas, where Vilnius was returned to Lithuania. The passport also has a British visa that was issued by Thomas Preston, who was Charge d’Affaires of Polish Interests at the British Legation in Kaunas and who also issued certificates from the end of 1939 to 1940, before the Soviet occupation.