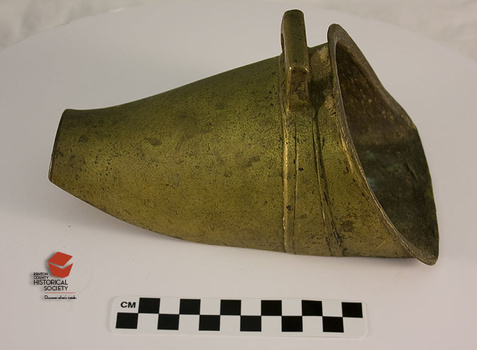 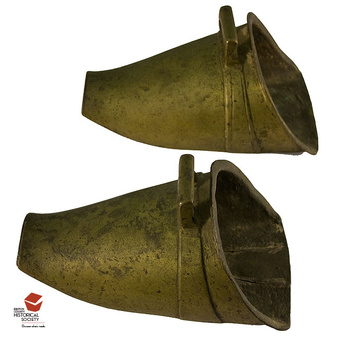 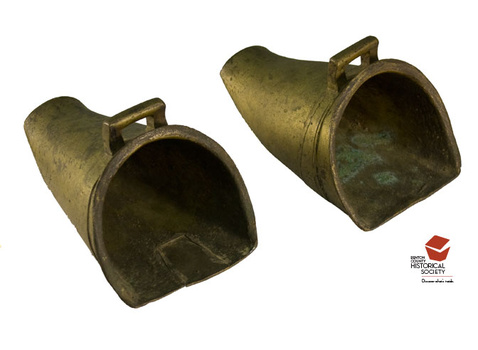 Using native workers and native technology, the Spanish extracted nearly 140,000 pounds of silver a year from mines in the Potosi area. But as the easily accessible deposits were exploited, the Spanish began to tunnel into the mountain and use Spanish tools and mercury-based refining methods. Production soared to between 290,000 and 430,000 pounds per year, for a total of over 44,000 tons during the colonial period.

To maintain this level of production, the Spanish imported slaves and required all natives in the area to work in the mines for one of every seven years. The working conditions were terrible: the thin air at the altitude of over 13,000 feet, low, cramped work spaces, poor ventilation and little water of safety precautions. To keep those required to labor in the mines at work, the Spanish created niches in the entry large enough for a guard on horseback. One such guard used these stirrups.

They are on display in the "Around the World from 80 Countries" exhibition at Benton County Museum (Oregon) through Oct. 14, 2017.