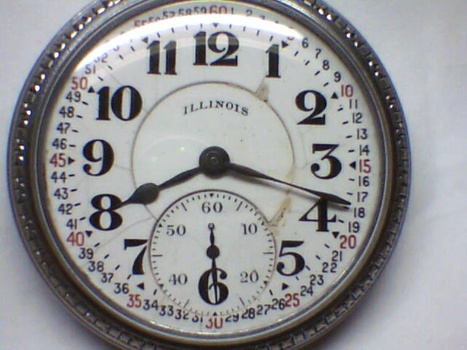 I'm not at all in the know about just where this pocket watch came from. I mean the woman was a collector of many things Coins, Cigarette Cases, Old photographs, I mean if it held any value to her she'd put it and others like it away for safe keeping. My Grandmother was much more knoweledgable than anybody ever credited her as being. She went to school with Buck Owens and Magnum P.I's Higgins. I'd been told by her sisters that she'd even babysat Robert Blake and that she'd also known the cast of the little rascals. Well any way's she left this old watch to me and I absolutely love it. It still run's like a top and keeps perfect time. I do wish I had the story behind it. Knowing my Late Grandmother it would be a grand one! DMH Annandale, MN