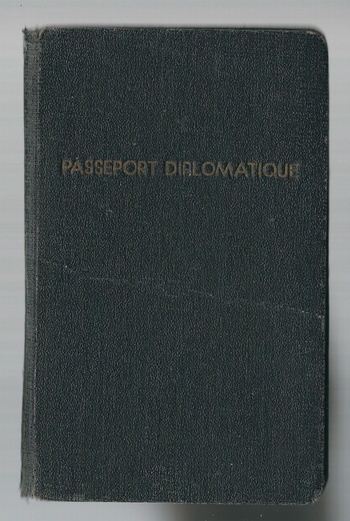 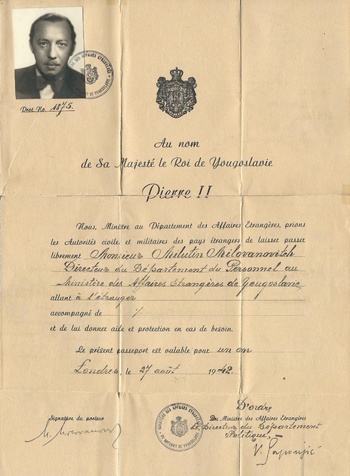 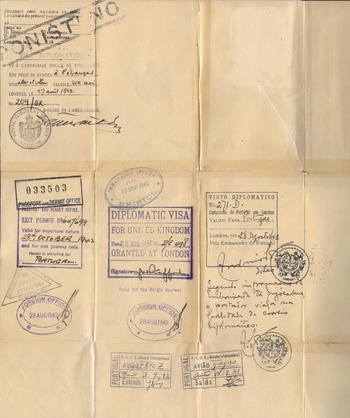 Here is another superb WW2 issued passport. An exceptionally rare 1942 Yugoslavian Government In-Exile diplomatic travel document issued at London. The document was issued by one senior official to another: passport was issued to Milutin Milovanovic, senior member of the Ministry of Foreign affairs, and was issued by Vladimir Saponjic who was Director of the Political department of the Government in-exile. It was issued to him in the capacity of diplomatic courier travelling by air to Portugal, which had a once-a-week flight to Lisbon.