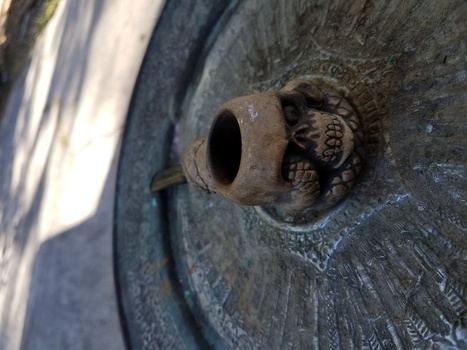 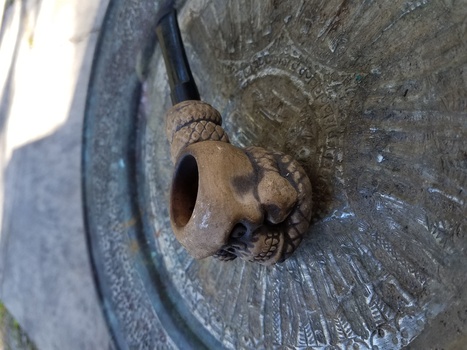 Ole German pipe with Skull & Snake decore,
Believed to be from Germany from the 70's.
Was told by a GI who was stationed there that they uste to use these pipes like this when he eas over there!
I find it interedting that the snake wraps around the skull of the pipe and goes tbru the eyes as well ! Could be wrong about the era of the pipe it could be as old as WW II era !