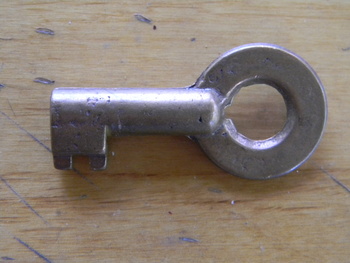 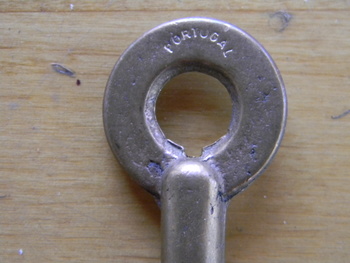 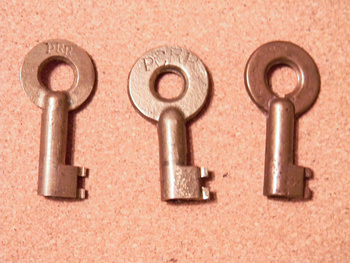 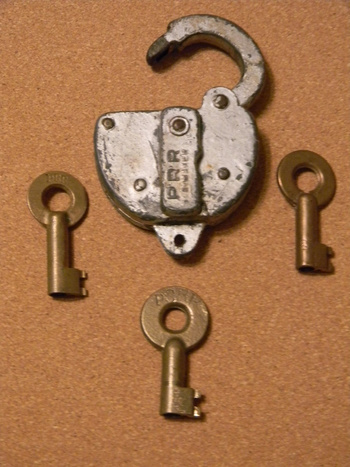 This is a switch key from Conrail. Many Conrail keys and locks seemed to be only marked with "Portugal", which I assume is where the items were manufactured. I recognized the cut on this key as a Penn Central cut, which was the same as a Pennsylvania Railroad cut. When railroads merged, usually a component railroads locks were all kept. Anything new locks or keys made for the area were made to the old specs with just the name brought up to date. Thus, the PRR cut was kept when Penn Central was created, and the PC cut was kept when Conrail was created. As a result, the "modern" (1976 - 1999) Conrail key works a PC (1968 - 1976) lock as well as a PRR lock (pre 1968)