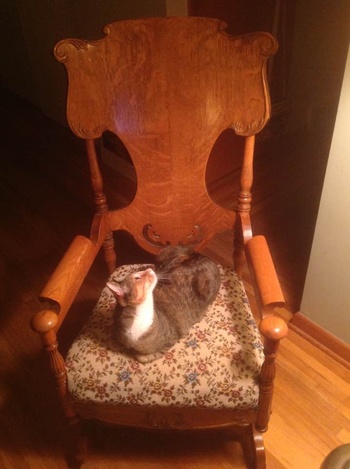 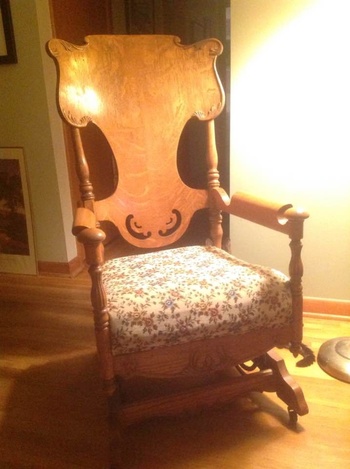 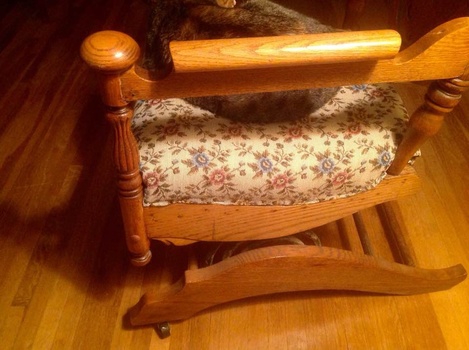 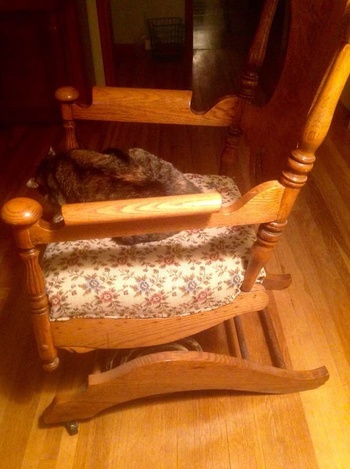 This chair was given to my great great grandparents, farmers in Nebraska, as one of a matched set for their 50th anniversary, which as far as we can tell was in 1906. It originally had a leather seat and the 'hers' version had a crushed velvet seat. It has coil spring action for the rocker, with "Patented 1897" on the coil. The arms are unusual and there are holes in the underside of the arm rest that indicate there may have been spindles between the arm and the seat that have been removed. It's lovely and a little unusual, and we can't find pictures of any chair with similar arms. Anyone have info? We believe it might be a Schram chair but know nothing else. The mate to this chair is sitting on a farmhouse porch somewhere in eastern Nebraska. My aunt had this from 1968 until about 1990 and then my cousin had it. I received it this weekend (Memorial Day 2017). 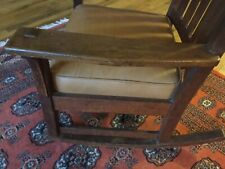 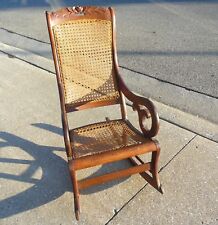