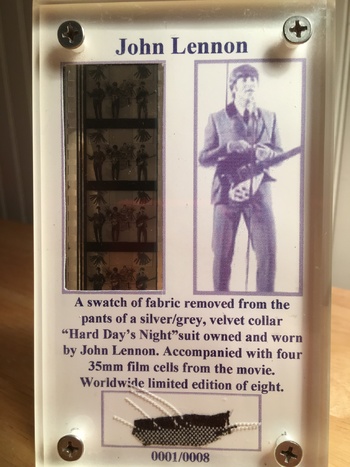 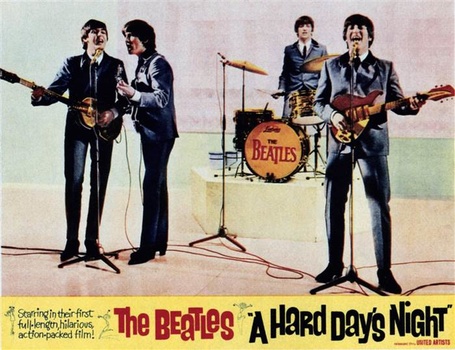 A piece of a Douglas Millings suit that was owned and worn by John Lennon during the concert sequence for their film"A Hard Day's Night"
The film was released in the Summer of 1964,and was a HUGE commercial and critical success. The material was taken from the pants.
This is a limited edition #1 of 8.