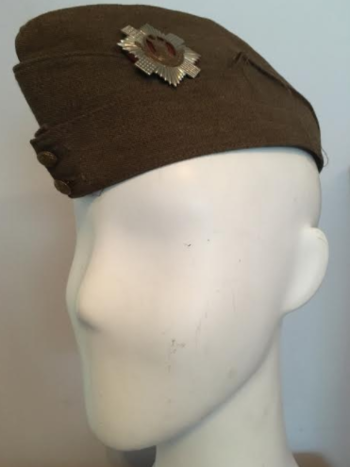 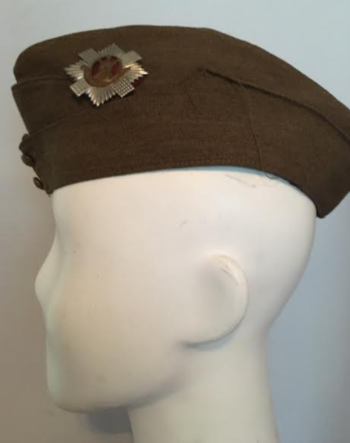 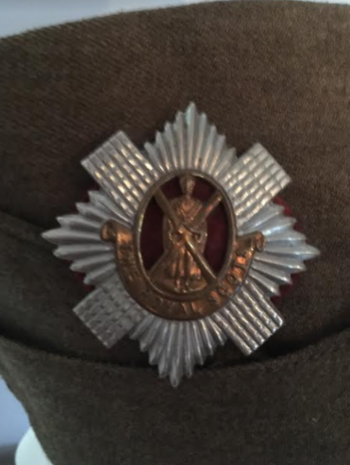 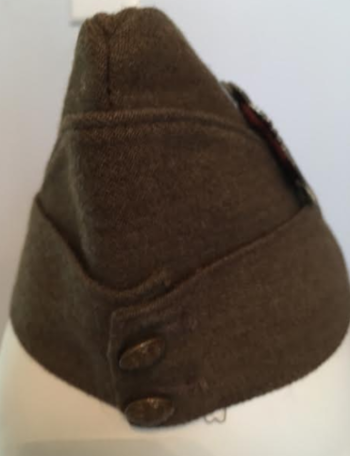 A scarce Edinburgh Home Guard Side Cap from WWII. The side cap is in nice condition for its age, however the side cap does appear to have some staining in the interior, likely from being left in a damp location, or perhaps even from its service life in the Home Guard.

The cap is not named or dated, but is WWII period as the Home Guard only existed during WWII.

To the front of the side cap are two General Service buttons, as seen on most other ranks side caps.

This side cap is a welcomed addition to my collection, especially since I also have a rare side cap to the Black Watch Home Guard, so this will go nicely with that cap.

Overall a nice side cap to the Edinburgh Home Guard, that served and protected Edinburgh during the War until their stand-down in 1944.