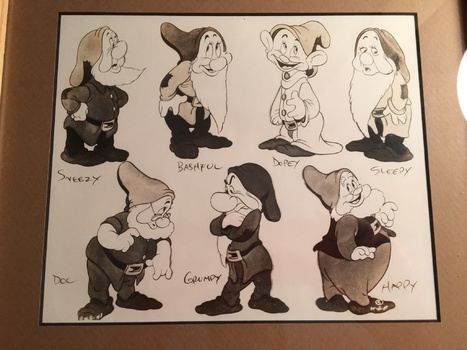 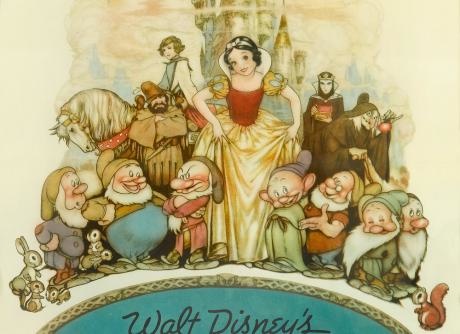 This is an original photostat model sheet of the "Seven Dwarfs" and was used in the making of Disney's first full length animated film "Snow White and the Seven Dwarfs" released, as the world premiere in Los Angeles on December 21, 1937, and the rest of the country on February 4, 1938. These model sheets were copied from the final original and were distributed to all the animators during the production of the film, so that every character was uniformly drawn, i.e., dwarfs would look EXACTLY the same throughout the film.