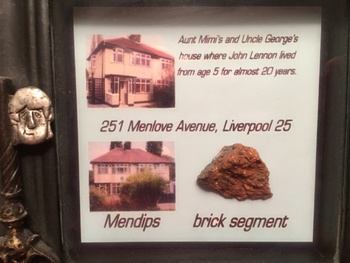 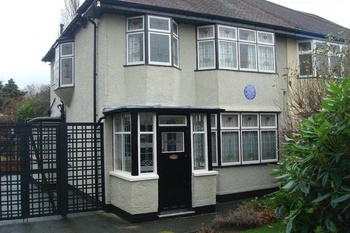 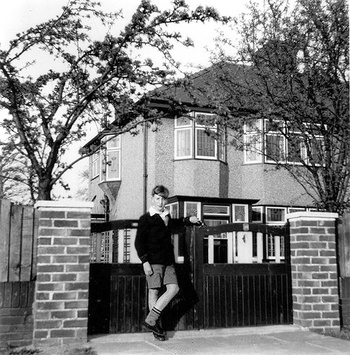 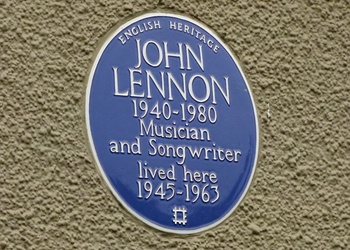 John Lennon lived at 251 Menlove Ave. in Liverpool with his Aunt Mimi from the age of 5 until he was 23. The house, called"Mendips"...was named after a set of hills in Somerset U.K. John moved out when the Beatles fame really began to take off in late 1963 in England. A TV crew was making a movie called"In His Life-The John Lennon Story" in 2000. The owner of the house let the crew film inside. He allowed them to knock down a wall to make room for the cameras. The bricks and brick pieces were sold off to Beatles fans.The house received an English Heritage "Blue Plaque"on December 7,2000.It is now an historical building. Yoko bought the house in 2002 and donated it to the National Trust. It has become a major tourist attraction.