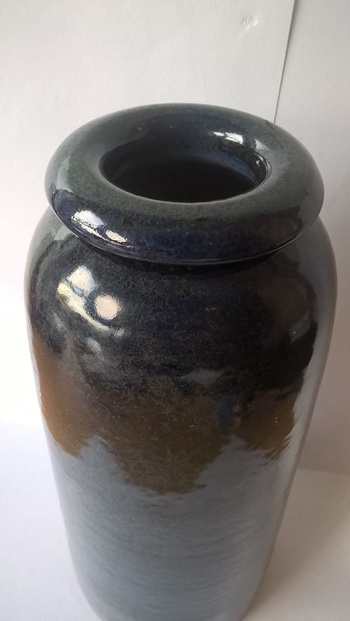 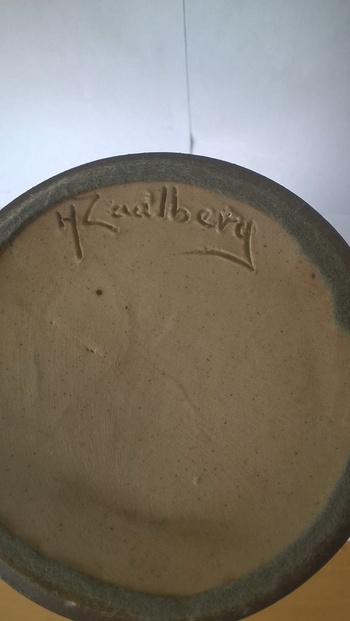 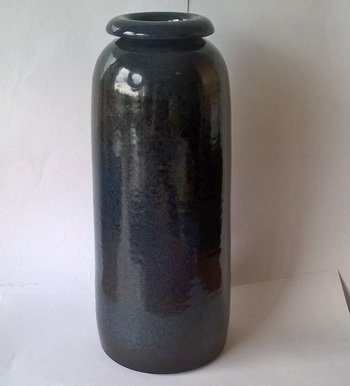 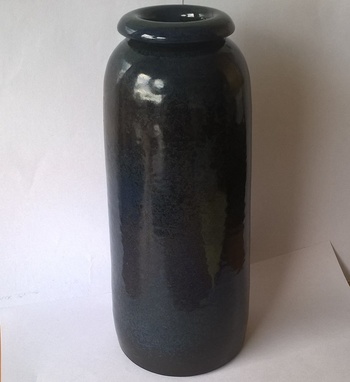 This ceramic vase measures about 24cm, and has a beautiful black and dark blue glaze and an elegant, rounded shape that tapers a little to the top.
(I don't think my pictures do it justice; the coloring is really lovely!)

It is signed H. Zaalberg. The Zaalberg family has had a pottery studio since 1918, started by Herman Zaalberg Sr., and continued by his son Meindert Zaalberg and his grandson Herman Zaalberg Jr.
This vase is by the latter, who is still an active artist today. As such, it could date from anywhere between 1965 and recent years, though I suspect it to be midcentury-ish. It's a unique piece.

More info on Herman Zaalberg Jr. :
http://www.capriolus.nl/nl/content/zaalberg-herman-jr
(This is in Dutch, but easily translatable.)