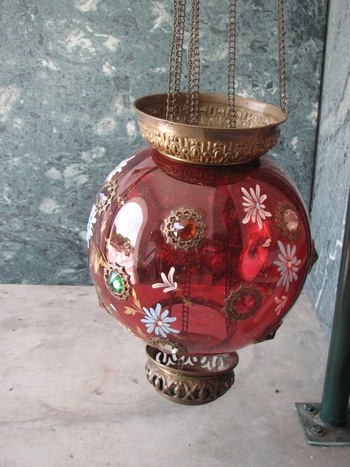 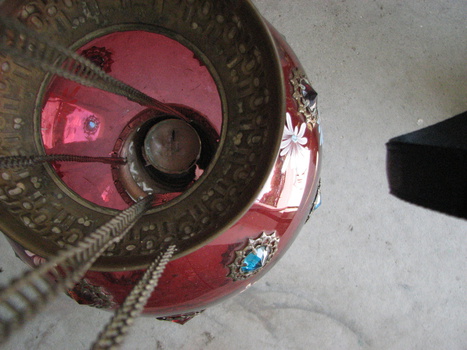 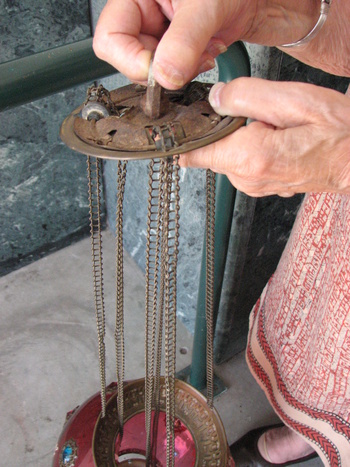 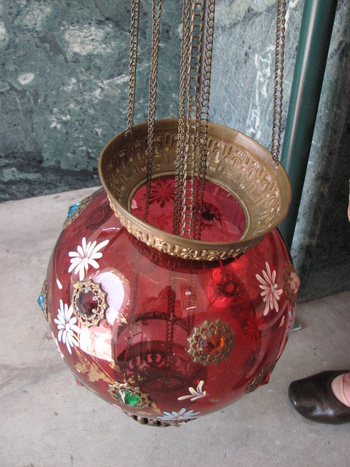 I got this in India, as a pair, in 1977, from a friend who had aquired it from a princely family home. She was letting this and other antiques go because she had them stored in a "spare"mansion that part of the family wanted to now use. India was a big consumer of European art in the 18th and 19th centuries and early 20th til 1947 when the over 500 princely states joined the newly Independent India.

I'd love to know more about this globe as it has been stored for over 20 years and I'm deciding whether to hang it or find a new home for it. It has a candle in it which was used perhaps 30 years ago.

The gold paint is slightly worn in places, but the inset "gems" and rest are fine. Is it Czech? anything else about it's heritage?
thanks 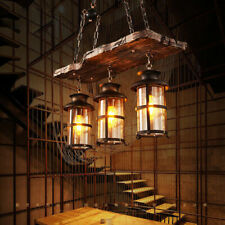 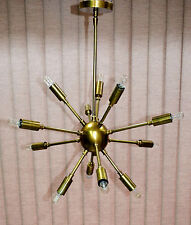 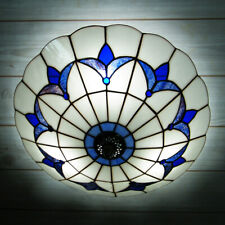 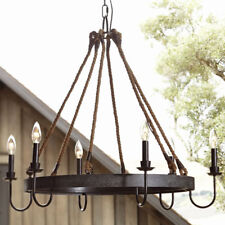