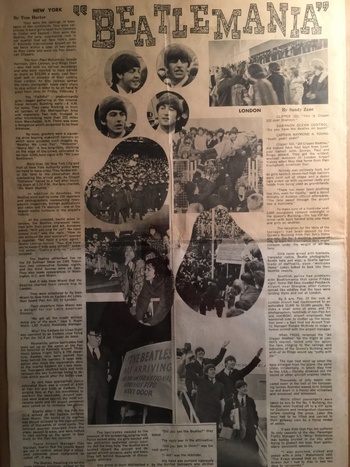 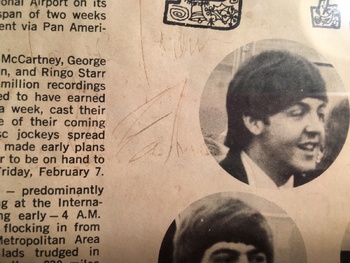 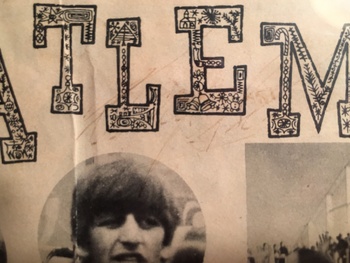 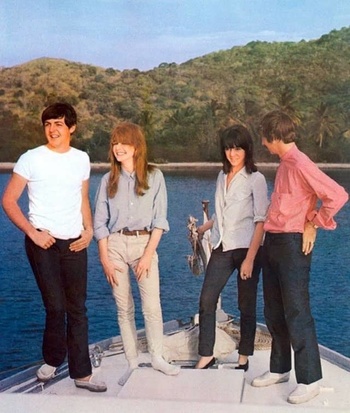 This is a newspaper put out by Pan American Airlines in the Spring of 1964. It has an article about The Beatles coming to America in Feb.
In March & April of '64...The Beatles had been to the US...then went back to England to begin filming their 1st film,"A Hard Day's Night". Now it was time for a vacation. Paul...Ringo...and girlfriends Jane Asher and Maureen Cox...(future wife)...went to the Virgin Islands. They left on May 3,...and returned on May 27, 1964. This paper was signed by Paul & Ringo near their images for one of the flight attendants. Who ever had this paper before me... didn't take care of it. They folded the paper...put it in a regular frame....and the autographs of Paul & Ringo have faded from the sun and are barely visible. You can just about make them out.Paul signed," Love from, Paul McCartney"...and Ringo signed,"Ringo Starr".