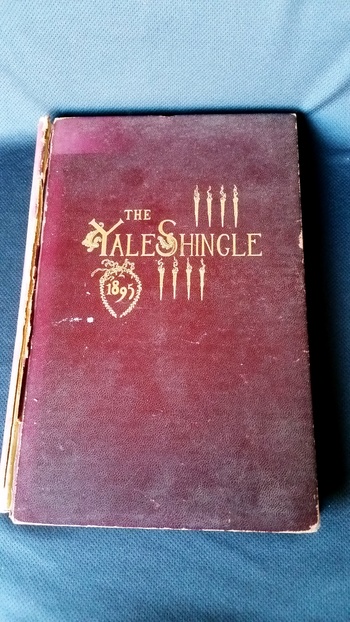 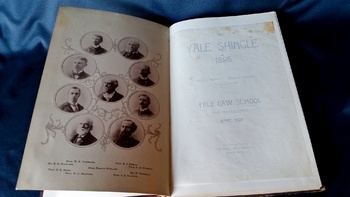 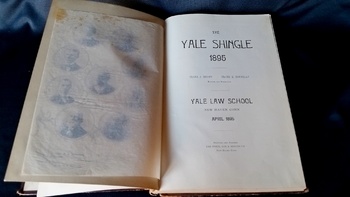 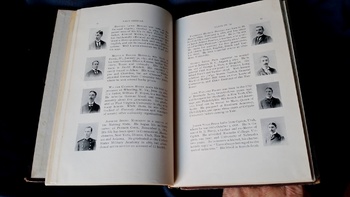 This is a rather rare, hard-to-find yearbook from Yale Law School at the end of the 19th Century. The book’s front cover is detached, but the remainder of the book looks pretty good for being well over 120 years old! I've had it stored in a storage bag since I first received it as part of a gift for my own law school graduation in 1992.

It contains great biographical essays that accompany the students' portrait photographs (including the family, ethnic, and education backgrounds). Other contents include info on the faculty; moot courts; Kent Club; Yale Law Journal; as well as social, religious, political, athletics, financial, and personal chapters.