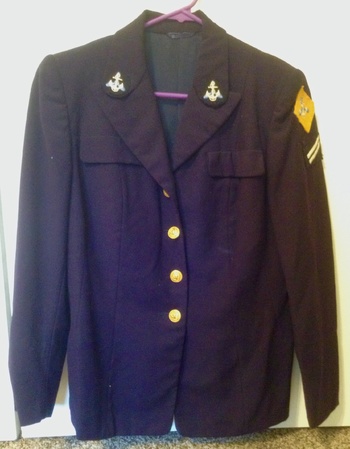 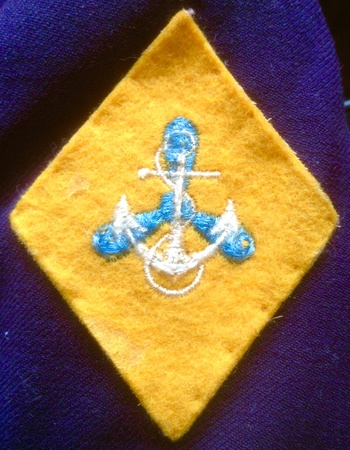 Here is a post-WW2 Navy WAVES trainee uniform. The shoulder patch was worn only while the female was in her initial trading. These patches are seldom seen and unheard of still on the uniform since they were removed when training was over. The date for the patch would be somewhere in the 1945-1954 time frame. Even though the WAVES were already incorporated into the regular Navy at this time the WAVES patches were still worn.