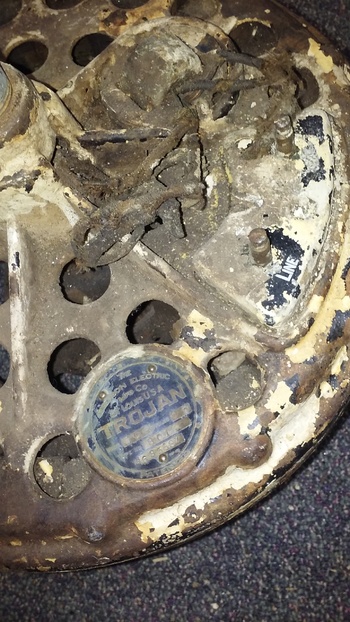 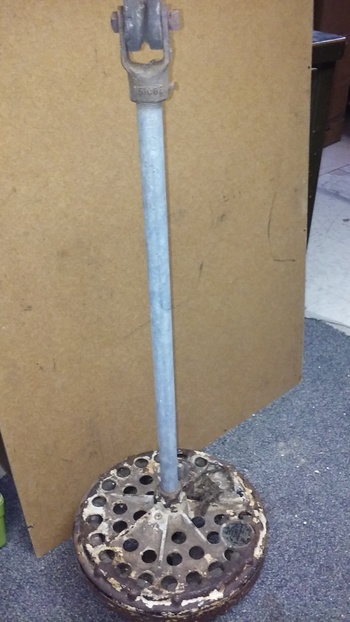 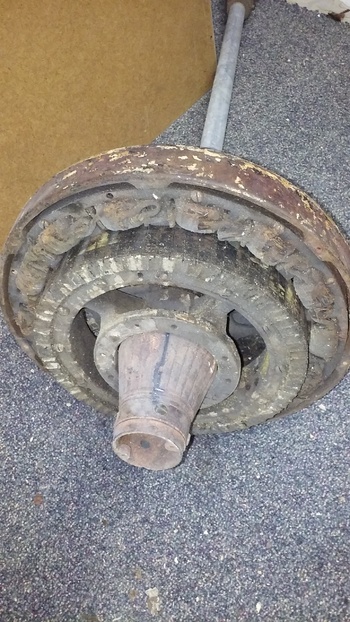 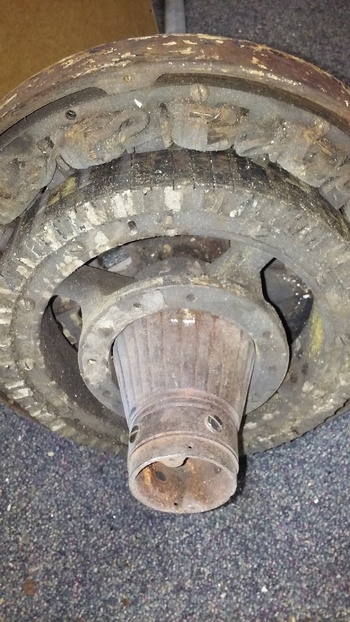 The "TROJAN", by "THE EMERSON ELECTRIC MFG CO ST LOUIS USA". Sadly this one is probably a 'basket case', since the lower half of its outer housing is now missing, leaving the underside of its field coils and armature exposed. [and not that it wouldn't still work anyways...but??] It was also probably black enamel at first, now under many coats of extraneous other paint mess and general grime.

To its age, I'm guessing this one is back closer to my brass one, ca. 1920's-ish. (the nameplates are similar, anyways?)

The longish hanger pipe on it might or might not have belonged to it originally -- it was recovered as a 'loose piece' along with the rest of all these fan motors, and this motor was the only one without a pipe already on it, so...??