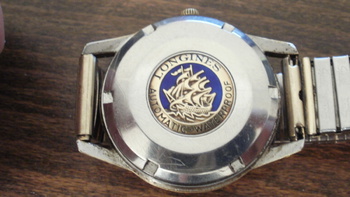 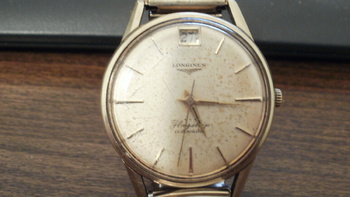 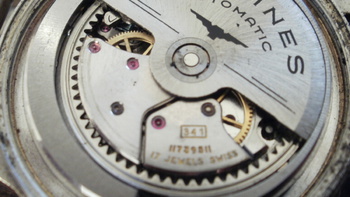 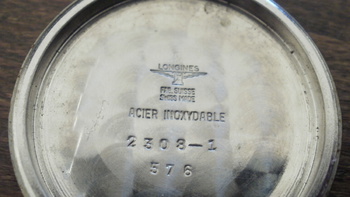 Hi there,
Would anybody happen to know the approximate year this Longines
Flagship automatic was produced. There are the numbers 341 shown in a rectangular box followed by the numbers 11739511 on the movement.
Inside the back of the watch case reads Longines FAB. SWISS SWISS MADE ACIER INOXYDABLE followed by the numbers 2308-1 then 576 beneath and hand marked/etched c434gH. The watch face has the date
shown at 12 o'clock. I also would be interested in its approximate value
given that the strap is not its original and the age spots to its face.