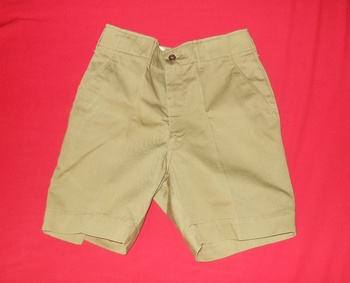 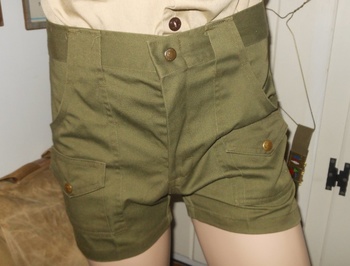 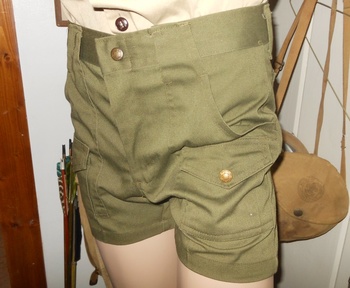 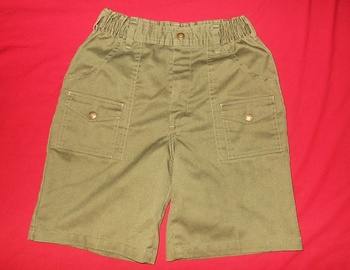 Or a short history of shorts or to make a long story shorts.
The boy scout uniform shorts were very popular with boys from 1910 through around the late 1970s but not in the USA. Shorts were a sort of invention of Bayden Powell who founded the scouting movement. They replaced the knee pants boys wore then, someone will have to look up knee pants and knickers. Knickers because in the US boys wore knickers and did not care for the shorts. In the 1940s long pants replaced knickers in the US. According to my research no one in the US wore shorts to school or meetings but they did wear them camping and for Norman Rockwell paintings. Norman Rockwell paintings seem to be one of the best records of scouting past as the photo record is a bit grainy. In the 1970s shorts became more common. In Europe it was the reverse as long pants became more popular although I do not recall anyone wearing shorts to school until the 1980s. As an old boy/young man at the time that is when I first recall wearing shorts of my own free will. Although I preferred Levis 501s aka long pants. In 1980 when Oscar de la Renta redesigned the scout uniform the shorts became the standard for scouts in the US. The 1980s shorts were short shorts and shortly longer shorts were in fashion. Probably in the 1980s I think. Even longer shorts were popular in the 1990s thus a knee length pair of shorts became standard for scouts and I believe those are what they use up to this day. Not counting the zip off leg pants that is.

OK done with the history now the shorts pictured.

Shorts #1 I believe are late 1960s-1970s. They are a bit plain. The earlier shorts had the red piping or other details.

Shorts #2 and 3 are the Oscar de la Renta designed shorts. Note the cargo pockets. Oscar de la Renta said you can never have enough pockets especially for a boy scout. Plus there are some attractive snaps with the boy scout logo which again adds some color and detail as do the large belt loops. At least when a belt is present.

#4 is the current shorts which is a watered down version of the de la Renta shorts. The elastic band is a nice feature for the growing scout. Normal belt loops on this. These have been around for a bit and account for about 90% for sale.

Working on an earlier summer uniform so once more stay tuned to this site.