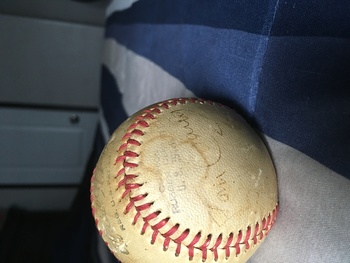 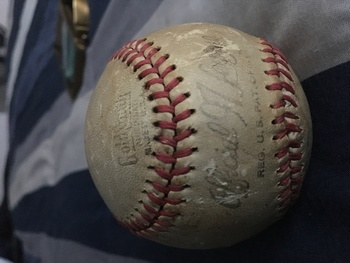 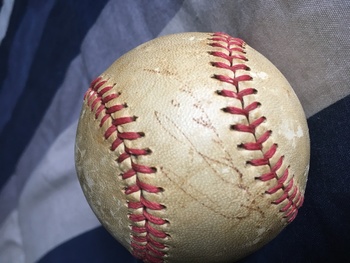 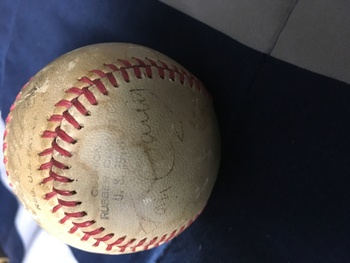 Found an old 1948 or 46 Goldsmith baseball at the Goodwill Store. The ball carries two signatures one from Tom Carey who played from 1935 to 1946. The other one is from George Selkirk who played from 1934 to 1942. Carey was a real good second baseman and Selkirk was an good outfielder. Selkirk took over Babe Ruth’s spot at right field during a game after Babe Ruth announced that he was retiring. I like to add history to most items in order to bring out more of their story and reason why they have survived over the years. Surviving the years are not easy and everything needs help in someways. Things that should not get lost, get lost, and when found they have a story of their own to tell just like everyone ‘s life. That’s the reason why I like to find lost interesting items